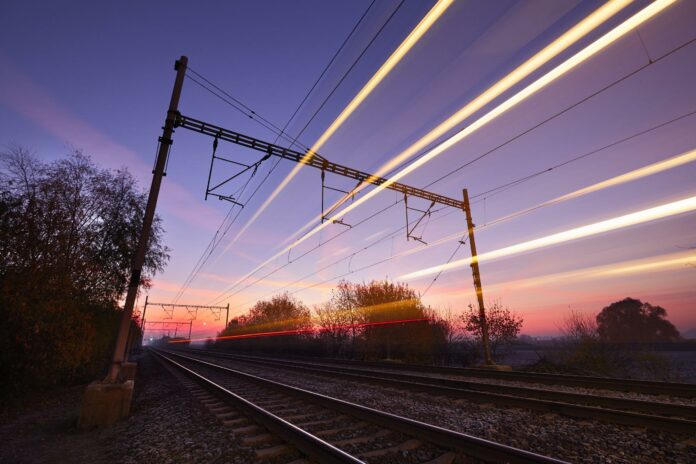 ABB builds on its track-record in sustainable rail innovation with a new contract for a 25 kV power solution to electrify a 100% carbon neutral rail line for Lithuanian Railways.

The solution will help Lithuania power over a third of it’s rail network by 2030, with 730 kilometers of carbon neutral rail line crossing the country, completing the electrification of the busy corridor between the capital Vilnius and the seaport of Klaipėda.

As part of the project, which is being delivered via a joint venture partnership between Elecnor and Inabensa, ABB will design and supply 25kV equipment packages for six 110/25 kilovolt (kV) traction substations, eight autotransformer stations and three sectioning posts.

The Vilnius–Klaipeda rail contract, which is being partly-funded by the EU Cohesion Fund, forms part of a strategic focus to electrify 39% of Lithuania’s total rail network by 2030 – no small feat, considering currently only 8% of the network is currently electrified. It is hoped that once complete, this project will allow for a better interoperability within the wider EU rail network, where overall electrification is estimated at 56%.

On completion, it is estimated that the rail line will be used by over three quarters of all cargo and two thirds of railways passengers in Lithuania, bringing with it not only additional environmental benefits, but also as much as €1 billion overall cost savings for Lithuania.

Antonio Colla, global railway marketing and sales manager at ABB said: “Extending railway electrification across Europe and beyond is key to creating a green transport network.

“Our technology will ensure a reliable, safe and efficient service while delivering sustainable mobility for the millions of passengers and freight who use this line every day. It supports our customers’ green ambitions and demonstrates what can be achieved through innovation and collaborative working. Lithuania is now well on track to electrify over a third of its rail network by 2030.”

The Lithuania project is indicative of ABB’s continued involvement in major rail infrastructure projects across the globe. Most recently, the business was awarded a landmark contract from Stadler Valencia worth $170 million to enhance Europe’s railway network. This follows recent high-profile installations with Swiss Federal Railways and Metro Trains Melbourne.

A meeting between lessors in AERRL and independent railway operators in ALLRAIL leads to a new pledge to actively contribute to help launch new...
Read more
International

The Elizabeth line, which stretches from Reading and Heathrow in the west to Shenfield and Abbey Wood in the east, has now seen more...
Read more

A meeting between lessors in AERRL and independent railway operators in ALLRAIL leads to a new pledge to actively contribute to help launch new...
Read more
Load more
- Advertisement -