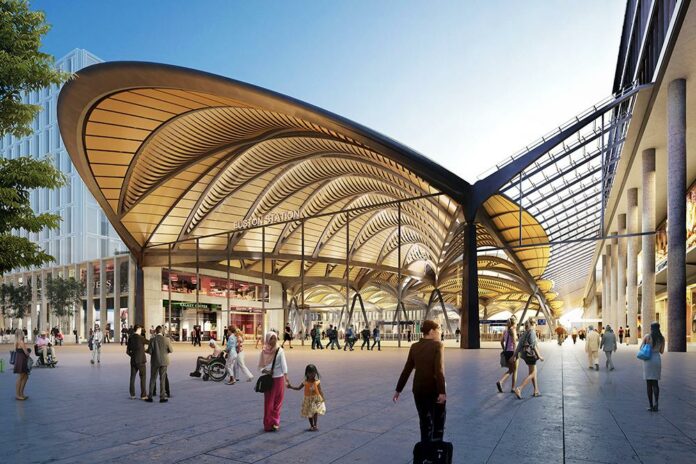 Allan Cook CBE, Chairman of HS2 Ltd, will not be seeking a second term in his role and has handed in his resignation to the Department for Transport, meaning he will vacate the role at the end of July, HS2 Minister Andrew Stephenson has announced this week.

Allan joined the Company in December 2018, helping steer the HS2 project through key moments including the 2019 Stocktake, the Oakervee Review, and the Notice to Proceed with works last year. His first term was set to end in December this year.

In a letter to the HS2 Minister, Allan outlined the progress he had overseen on the project and that his decision would allow for a new Chairman to come in and continue the momentum in delivering this vital infrastructure.

The notice provided by Allan of his intention to step down from his role will allow the department to begin a thorough recruitment search for the new Chairman of the Company. Allan will continue in his role for the next six months, while a search for his replacement is undertaken.

Allan Cook CBE, Chairman of HS2 Ltd, said: “In my time at HS2, I feel privileged to have provided more certainty on schedule and cost, to have helped embed a strong environmental and sustainability focus, establish a culture of openness and transparency and build a diverse and talented Board of Directors. A project of this scale and ambition will encounter challenges, but it is vital we understand the prize: a low carbon railway for Britain that will make us a better connected and fairer country, bringing careers, jobs and prosperity to the towns and cities that need it most.

“I want to thank my Board and the Executive for their dedicated hard work and support. In particular, I would like to thank Mark Thurston as CEO for his outstanding leadership of the project. I have a number of months before my departure but, with tunnelling due to start in the summer and as we enter a new phase of the project, the Department will start the search for my successor who can give their full focus to the future momentum of the project as the railway expands further north and is, as I expect, delivered in full.”

HS2 Minister Andrew Stephenson said: “Allan’s work has helped foster a culture of greater openness and transparency at a time when it was needed most at the Company, and I am thankful for his tireless efforts as Chairman.

“His work has ensured that the construction of this critical project is now underway, creating tens of thousands of skilled jobs, kickstarting our economy and helping us build back better from COVID-19.”

Transport Secretary Grant Shapps said: “I thank Allan for the dedication he has shown in his role of Chairman.

“His work steering the project through the Stocktake and Notice to Proceed ensures that HS2 is set on the right course for the future, and the project can advance with optimism.”

An overseas conference can mean a lot of things to a lot of people. It can mean international travel, the shaking of hands, the building...
Read more
People

The rail industry is supporting Samaritans with its latest Christmas campaign to ensure volunteers are on-hand to provide emotional support throughout the festive season,...
Read more
Government

Louise Haigh MP has been announced as the new Shadow Secretary of State for Transport. Commenting on the news she Tweeted: "It has been...
Read more
- Advertisement -