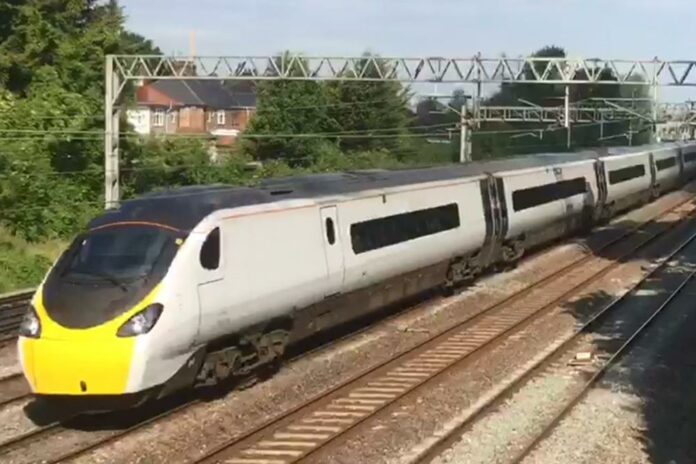 Avanti West Coast has operated its Pendolino fleet without power under damaged overhead wires for the first time in order to run its planned timetable.

This method of operation utilised a technique known as coasting, following the discovery of a defect with the Overhead Line Equipment (OLE) near North Wembley – saving thousands of delay minutes and minimising disruption on the West Coast Main Line.

Generally electric trains are unable to pass through these affected areas, as they could significantly damage the OLE, causing extensive disruption. But the inter-city operator worked with Network Rail to arrange for its electric Pendolino trains to coast underneath the damaged section to keep them moving without using power from the overhead wires, until repairs were carried out.

To coast, the pantograph (the apparatus which collects power from the overhead wires) on top of the train was lowered by drivers, so that it was no longer in contact with the wires. This allowed trains to move using their own momentum, for just over three miles without traction power at a speed of 80mph.

Once the train passed the affected area (Harrow & Wealdstone to Wembley Central), drivers simply raised the pantograph to restore power to the train, continuing their journey with speeds of up to 125mph.

This temporary solution, which was in place for five days, enabled Avanti West Coast to operate a full timetable until Network Rail, who are responsible for the overhead wires, could arrange a permanent fix.

As a result, this minimised delays to customers’ journeys that could have been caused by temporary speed restrictions or cancellations, if this response had not been adopted.

Initially when the damage to the wires had been detected, a speed restriction of 20mph was imposed to reduce further damage or risk of failure to the OLE. By making use of the ability to coast, trains could travel at a much faster speed – significantly reducing the impact to customers and saving thousands of delay minutes.

Gus Dunster, Executive Director of Operations at Avanti West Coast, said: “Working with Network Rail we adapted our response to the overhead wire issues near North Wembley by coasting – a technique we’ve been trialling that enables our Pendolino trains to move along the line without electrical power. This is the first time we have used coasting to operate a full timetable and is a great example of our collaborative efforts to put customers at the heart of everything we do.

“By utilising our ability to coast we were able to keep our trains moving through the affected area, minimising the impact to customer’s journey and preventing further damage to the overhead wires.”

Phil Barnes, Head of Operations at Network Rail, said: “Last month, condition monitoring equipment on a London Northwestern Railway train alerted us to a fault on the overhead line equipment in the neutral section in North Wembley.

“North Wembley is a complex part of the West Coast main line. There are several crossovers for freight and passenger trains and (pre-Covid) about a thousand train movements a day. In order to complete our repairs, we need to close all six lines for at least 10 hours.

“Working with Avanti West Coast and London Northwestern Railway, we arranged for trains to coast on the fast lines through the impacted area, until we could complete the repairs overnight on the Saturday. This kept trains moving and minimised disruption to passengers.”