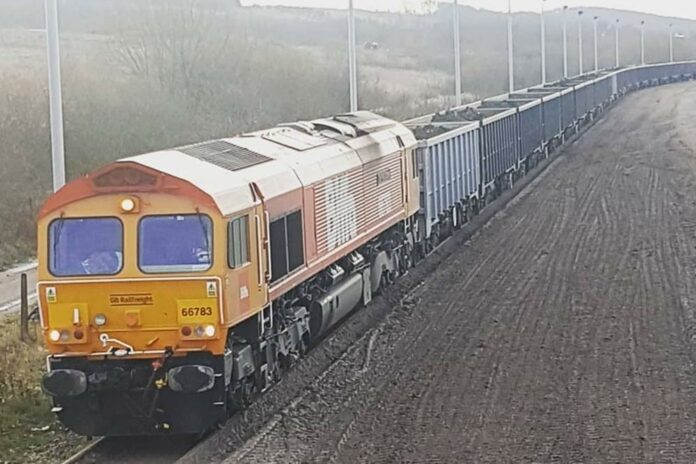 Biffa has saved 6,600 tonnes of CO2 emissions by switching to the usage of rail links for the transportation of  predominantly inert waste material to its facilities.

This follows the announcement in 2018 of the Group’s strategic rail partnership with GB Railfreight (GBRf) to increase its capacity for transportation via rail, thereby reducing its reliance on road haulage. Since 2019, the Group has successfully transported over 600,000 tonnes of inert waste by rail.

Rail links were created with the Northern cities of Manchester in 2017 and Leeds in 2018, to allow waste to be transported to Biffa’s landfill facility in Roxby, near Scunthorpe. Data since January 2019 has demonstrated a saving of over 11 million kilometres in tipper truck journeys by using rail and 6,600 tonnes of CO2 emissions.

Biffa’s commitment to reducing carbon emissions forms part of a wider initiative by the company to tackle climate change, which underpins Biffa’s long-term sustainability strategy, ‘Resourceful, Responsible’ announced earlier this year. As part of this, a new target to transport 50% of its input to landfill by rail by 2025 has been set, which looks set to be achieved.  In the last few years Biffa has been developing its rail transport capabilities, transporting up to 27% of its specialist waste types, destined for landfill, by rail.

Transportation and logistics remain an essential part of the service that Biffa provides. The company is committed to continually reducing its impact in this area, to curb emissions produced from its vehicles and improve air quality in towns and cities. Fuel usage accounts for 15% of Biffa’s carbon footprint, included within this is approximately 90,000 tonnes of CO2 from the use of diesel alone. The Group will also add an extra 250,000 tonnes of capacity per year when it opens a third site in East London at the end of 2020.

Mick Davis, Chief Operating Officer for Resources and Energy at Biffa, commented: “Reducing our emissions has been a fundamental part of our business strategy over the past years and we are continually evaluating how to sustainably optimise our operations.

“This achievement is a small but important step towards meeting the ambitious targets set out in our new sustainability strategy which targets transporting 50% of our waste to landfill sites by rail by 2025. We’re looking forward to the results with upcoming rail links and the overall aim to tackle climate change in the UK.”

John Smith, Managing Director at GBRf commented: “We are delighted to be Biffa’s partner in supporting them to reduce their carbon emissions. We look forward to continuing to develop further rail solutions with them to achieve their target of delivering 50% of waste on rail.”

Northern has upgraded its TrainCare Centre at Hull Botanic Gardens - a move which will increase the centre's maintenance and servicing capacity, helping keep...
Read more