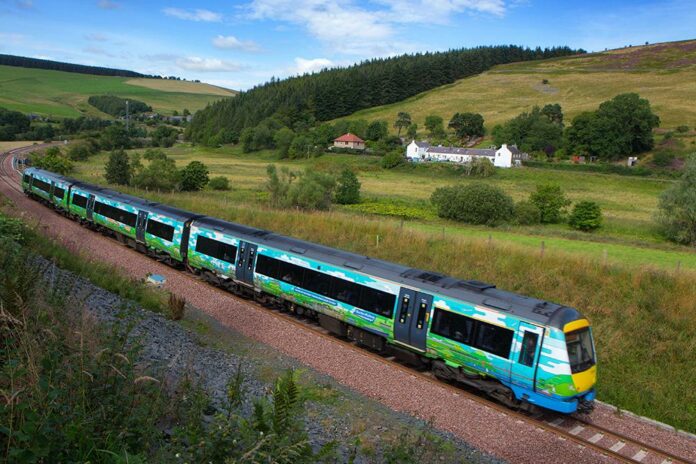 This month marks the fifth anniversary of the official opening of the Border’s Railway by Her Majesty Queen Elizabeth II.

The Borders Railway re-established train services for the first time in over 40 years from Edinburgh through Midlothian to Tweedbank and the line has successfully generated over six million passenger journeys across the 30-mile route to date.

The railway has also been a catalyst for social and economic change – generating inward investment to local communities including the construction of 10,000 new homes and the development of 150 hectares of land for commercial use near the railway corridor.

Alex Hynes, managing director, Scotland’s Railway, said: “The Borders Railway has been a phenomenal success in every sense – from the huge numbers of passengers using the railway over the last five years to encouraging wider economic investment within the communities it serves.

“The extraordinary circumstances we have all experienced this year means the railway, like our wider society, has risen to new challenges as we’ve worked to keep passengers and freight moving across Scotland.

“While this has fundamentally changed some of the ways Scotland’s Railway operates, we remain committed to further improving our infrastructure, including the Borders Railway, to ensure we continue to support local opportunities for growth and enhancement.”

To mark the fifth anniversary film footage on the Borders Railway was screened at Edinburgh Waverley station throughout the day, which also includes a dedication by poet Erin Boyle.

A competition has also been launched that will invite primary pupils from towns and villages along the route to create posters that highlight what makes their location special.

Winning entries will be chosen later in the year and displayed within the seven stations completed at part of the railway, including Shawfair, Eskbank, Newtongrange, Gorebridge, Stow, Galashiels and Tweedbank.

London Waterloo comes out as top of the stops

London Waterloo regained its status as the most used railway station although its total number of passenger entries and exits is less than half...
Read more
Maintenance

Lincoln shoppers to get a smoother High Street this Christmas

Work to upgrade the level crossing on Lincoln High Street will get underway on Christmas Eve and run right through the Christmas period, ready...
Read more