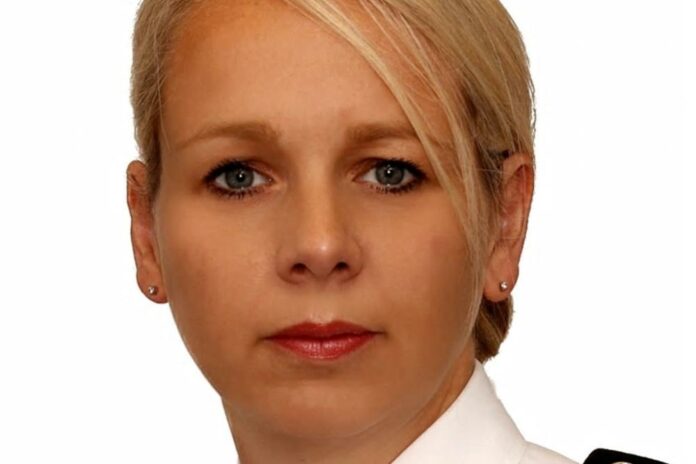 British Transport Police’s (BTP) Chief Constable, Lucy D’Orsi, has been awarded the Queen’s Police Medal (QPM) in Her Majesty The Queen’s 2021 Birthday Honours for Distinguished Services to the Policing of Specialist Operations in the UK.

Chief Superintendent Dennis Murray, who is BTP’s Lead for Legitimacy, Trust and Community Policing and on a three-year secondment from Northamptonshire Police, was also honoured with a Queen’s Police Medal for improving diversity within policing and building trust and strong relationships with local communities.

Just a few of Lucy’s achievements from the past thirty years that were recognised included:

Reflecting on being awarded a QPM, Chief Constable D’Orsi said: “I am extremely humbled and proud to receive this award. Working in policing has allowed me to make a difference to communities which is the reason I joined policing and this continues to drive me. I’ve been fortunate enough to work with and learn from some brilliant people, both inside and outside of policing, during the last 29 years who have become lifelong friends. To be awarded for something that I love doing is the greatest privilege.

“Whilst it is an individual award, this honour really is a reflection on my colleagues, family and friends for their unrelenting support. I particularly want to thank my husband, daughter, mum and my late dad for their unconditional support, encouragement and patience. As a working mum it can be incredibly tough at times to get the right work-life balance and not feel guilty, and without their support I could not have had the career I have had. I really hope my journey will inspire women and young girls to think about policing and all it has to offer as a career from countering the threat of terrorism to keeping local communities safe.

“I am looking forward to the next part of my career leading the British Transport Police and ensuring we continue to provide a safe and secure railway for passengers, local communities and rail staff across Great Britain.”

Commenting on his awarding of a Queen’s Police Medal, Chief Superintendent Dennis Murray said: “I am honoured and humbled to have been awarded the Queen’s Police Medal. Over three decades I have had the pleasure of working in a career where you get back just as much as you put in.

“A passion of mine has been working with the community in solving community and policing problems together.

“I am extremely grateful to have been nominated and for the unfaltering support of my family and friends over the years. Without this support, I couldn’t deliver the work I do.

“This honour reflects the hard work of my colleagues, the community and all of those that have been key in building strong partnerships as part of my work.”

Chief Constable D’Orsi added: “I’m very proud to see Dennis’ hard work and dedication recognised by Her Majesty as part of her Birthday Honours. His commitment and success in increasing public trust and transparency in policing cannot be underestimated and I look forward to continuing working together at BTP to ensure that we always place the diverse communities we serve at the heart of our policing approach.”