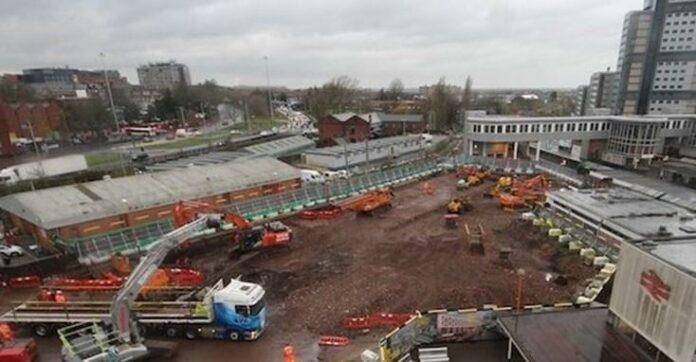 Work has started on putting in place the foundations for the first section of the new Wolverhampton Railway Station building.

Demolition works have been completed and contractors Galliford Try have now moved piling machinery on site.

It follows the demolition of the former British Transport Police building, and a small section of the current station building next to Platform 1, as part of works over the last two months.

It is the next stage in delivering a £150 million transport hub to provide an attractive commercial gateway to those entering the city by national rail, bus or tram.

As there will be no changes to the platform areas as part of the scheme, this has allowed it to be cleverly designed in two phases to ensure train services from City of Wolverhampton continue to operate as normal throughout.

The first section of the new station building is expected to become operational to customers in autumn 2019, when phase 2 of the programme – bringing down the remainder of the current station building and completing the new build – will also start.

The new state-of-the-art railway station building to serve the city will be fully open in summer 2020. 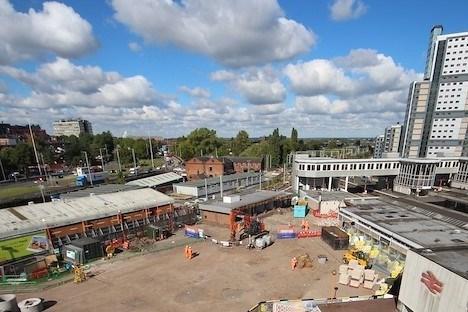 Councillor John Reynolds, Cabinet Member for City Economy, said: “Works are progressing well on the first phase of the railway station programme and dramatic change can already be seen.

“We are now looking forward to seeing the first signs of the new station building coming out of the ground.

“It has been a long-held vision for the council to deliver a new railway station befitting of our great city and it sits within a total £3.7 billion of investment currently on site or in the pipeline across Wolverhampton.

“As part of this regeneration it is crucial visitors to our city get the best first impression possible and their travel experience is enhanced – the new state-of-the-art station building we are developing will deliver that.”

Chris Jones, Associate Director, Ion, said: “The commencement of the piling is a significant milestone and brings the project one step closer to providing enhanced facilities for customers of Wolverhampton Railway Station”.

Network Rail has released an impressive time-lapse video of the new railway sidings that have been opened on the Chiltern main line. It is part...
Read more
Innovation

Rail Forum says it is delighted to welcome the Global Centre of Rail Excellence (GCRE) as its 30th anniversary collaborative partner for 2023. Established in 1993,...
Read more