SEARCH ALL NEWS
Home Government Decarbonising transport: The vital role the railways has to play in Government...
GovernmentInfrastructureMaintenanceNetwork RailProjectsResearchTechnology

Decarbonising transport: The vital role the railways has to play in Government plans 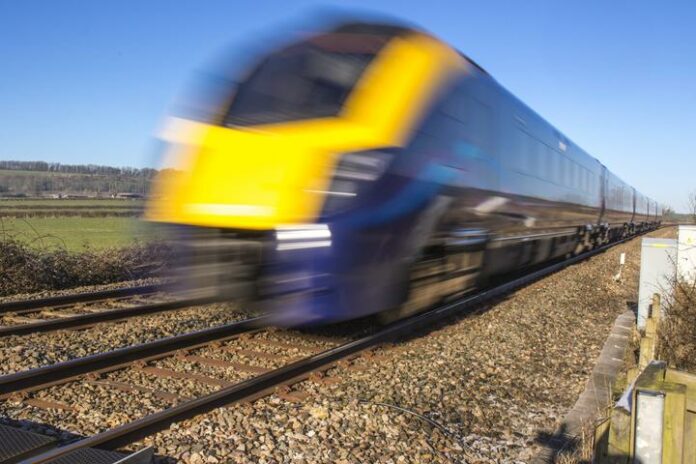 The Government has revealed details of its transport decarbonisation plan and the challenges needed to be overcome to meet net zero transport emissions by 2050.

The Department for Transport has released a document titled: Decarbonising Transport: Setting the Challenge. It’s as the Transport Secretary describes 2020 as the year policies and plans are set out on what is needed to tackle transport emissions.

Grant Shapps said: “Transport has a huge role to play in the economy reaching net zero. The scale of the challenge demands a step change in both the breadth and scale of ambition and we have a duty to act quickly and decisively to reduce emissions.

“Success will require the sector, and its users, to embrace new technology and innovation like never before. We believe the transport sector is ready to step up and meet those challenges.

“We can improve people’s health, create better places to live and travel in, and drive clean economic growth. A series of events, workshops and opportunities this year will ensure you have the chance to have your say on how we do this.”

The document released by the Department for Transport marks the first step of the Transport Decarbonisation Plan.

Railbusinessdaily.com has looked through the report and below are the key points for both passenger and freight rail.

A relatively low-carbon form of transport, rail is one of the most efficient ways of moving high volumes of people both into city centres and over long distances.

It is becoming less carbon intensive and GHG emissions from diesel trains and electricity generation per rail passenger per km in 2018-19 were 10.3% lower than for 2017/18 (Office of Rail and Road stats).

Currently the Government is investing a record £48 billion in the railway between now and 2024 to support continued growth.

Among the challenges set by the Government has been for the rail industry to produce a vision for the removal of all diesel-only trains from the network by 2040.

Some of the current policies to deliver the targets includes:

When it comes to planned future work, the Department for Transport says decarbonising the rail network will require significant coordinated investment in both investment and rolling stock between now and 2050.

Among the planned future work includes:

Rail is one of the most carbon efficient ways of moving goods over long distances. Recent figures by the Office for Rail and Road found rail freight is estimated to remove over 7 million lorry journeys each year – the equivalent of 1.5 billion road kilometres.

The challenge for rail freight is that current alternatives to overhead electrification, such as hydrogen and battery, do not have sufficient power to pull heavy freight trains.

Among the current policies to deliver the targets, includes:

When it comes to planned future work, the Government says it is working with the industry to better understand and deliver the current environmental benefits of rail freight.

It has vowed to consider how to make rail an even more attractive option for companies to move goods around the country and to further reduce the carbon impact of rail freight.

Responding to the plan, Darren Caplan, Chief Executive of the Railway Industry Association (RIA), said: “Now, during the Coronavirus outbreak, it is a difficult time for the railway industry, but also Government and railway clients. So it is good to see the positive news that the Department for Transport is considering how it will decarbonise the UK transport network, with the publication of this Policy Paper. It is particularly welcome to see that the Government ‘recognise that electrifying more of the railway is likely to be necessary’.

“The rail industry is clear that, in order to decarbonise the network by 2040, a rolling programme of electrification is required, whilst utilising new technologies like hydrogen and battery on rural lines, or as an intermediary solution.

“Whilst we await Network Rail’s Traction Decarbonisation Strategy, and the Government’s Transport Decarbonisation Plan, we urge the Government to bring forward electrification schemes before current projects around the UK are completed, so that the rail sector can avoid losing valuable expertise, skills and capability in delivering electrification.”

The Transport Decarbonisation Plan is due to be released later this year. To view the full document, click here.

Greater Anglia has said it welcomes funding that will be used to deliver £500,000 worth of improvements to Cambridge station's Cycle Point bicycle parking...
Read more
Network Rail

An initiative to help the homeless at railway stations has helped more than 300 people. Network Rail teamed up with Shelter, the housing and homelessness...
Read more
Network Rail

Engineers are carrying out important repair work on the Reddish Vale viaduct in the Tame Valley. The project got underway after an inspection spotted fast-flowing...
Read more
- Advertisement -