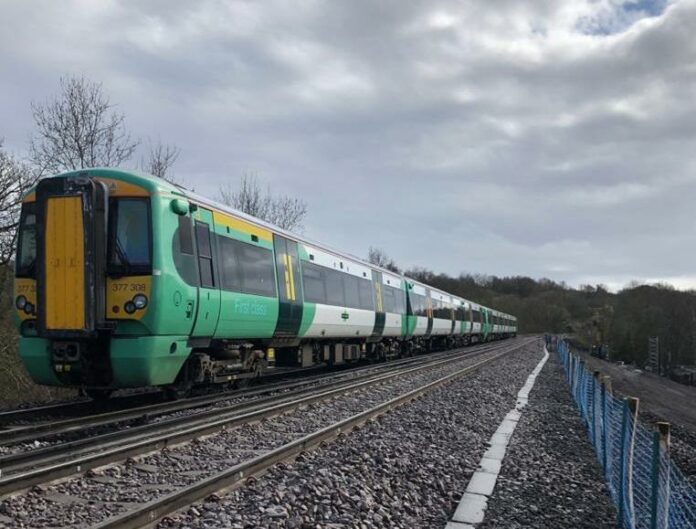 The railway between East Grinstead and Lingfield reopened to passenger trains after nearly two months without services.

It had been closed between Lingfield and East Grinstead since February 12, when a railway embankment near Cookspond Viaduct, Dormansland, began to slide.

Five sites suffered landslips on the route and Network Rail has been working with BAM Nuttall to repair the line.

The first train was the 0612 Southern service for Key Workers, running to London Victoria.

Network Rail Southern Region’s managing director, John Halsall, said: “My message to passengers is firstly, thank you so much for your patience but also, crucially, please only travel if you absolutely have to. It’s been an incredible effort by everyone who has worked on the project to get so far so fast and I am so proud of their work.”

Steve White, Chief Operating Officer at GTR which runs Thameslink and Southern services, said: “Our important message to everyone during this national emergency remains not to travel unless absolutely essential but for those key workers and people who have no choice, the completion of this work will be good news reducing your travel time.

“We would like to thank customers for their patience during this essential work. Network Rail really has pulled out all the stops to repair the landslips in this area and I applaud them for their efforts on behalf of the community and the railway.”