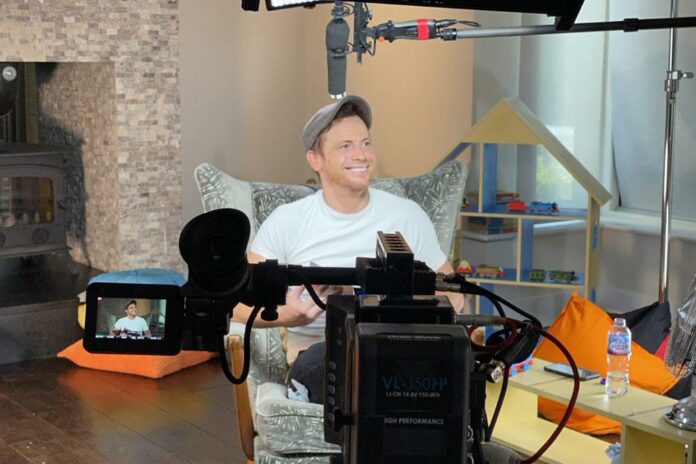 Essex’s Dancing on Ice champion and Celebrity Gogglebox star, Joe Swash, is fronting a new campaign designed to teach children about rail safety. The Stay Safe with Thomas campaign, launched by Network Rail and Thomas & Friends™, is designed to give parents the tools to educate their children about how to keep safe when travelling on the railway.

New research published by Network Rail today¹ reveals fewer than half of parents in East Anglia talk to their child about rail safety (41%), compared to road safety where almost all parents have discussed it (94%). Parents do recognise the importance of the subject however, four in five (81%) agree that speaking to their children about railway safety will help them to understand the dangers when they’re older, but a quarter (25%) explain they don’t know how to have the conversation.

Network Rail and Thomas & Friends have worked together to create the Stay Safe with Thomas book to help parents approach the topic with their children from a young age. In the story, a mischievous Thomas learns that being safe is more important than being silly and learns valuable lessons on the dangers of misusing the railway. As part of the campaign, Joe is featured in a short film reading the Stay Safe with Thomas story. Parents can use the film as an engaging way of approaching the subject of rail safety with their children (click here to watch the film).

Father to two children and two stepchildren, Joe admits that rail safety is not a topic he has explored much, but since joining the campaign he has begun having conversations about the subject with his own children.

He said: “Rail safety is something I knew Stacey and I should talk to the kids about, but we thought it was something they might learn at school when they are a bit older. We had talked about being careful when out near the road, but even though we use the railways often, we didn’t really know where to start and we didn’t want to scare them.

“Our kids love Thomas the Tank Engine and when we read the book, they loved it. The activities at the end got them thinking too and it was such a gentle way to get the message across.”

The campaign forms part of Network Rail’s commitment to helping parents educate their children about staying safe when travelling on or around the railway.

Allan Spence, head of public and passenger safety at Network Rail said: “Last year there were over 3500 incidents involving young people going onto the track². That’s dangerous and illegal. We hope that by encouraging parents to start these conversations earlier, we will see more young people growing up aware of the risks and using the railway safely.

“We are delighted Joe has joined us to help show parents how easy these conversations with children can be, by just reading to them or showing them a short film with a much-loved TV character.”

Network Rail is also working with parent website Mumsnet to highlight the benefits of reading the book to young children. The book is also being distributed to nurseries, pre-schools and primary schools by Network Rail’s team of community safety managers who help keep local communities safe when travelling on or near the railway.

Download your free copy of the Thomas & Friends: Stay Safe with Thomas book at: www.networkrail.co.uk/thomas

The survey was conducted by Mumsnet from 6th April and the 16th April 2020. 611 parents with at least one child aged 3 to 6 completed the survey. More than three quarters of these parents (77%) have more than 1 child.