FirstGroup employees raise £10,000 in one month for charity partner 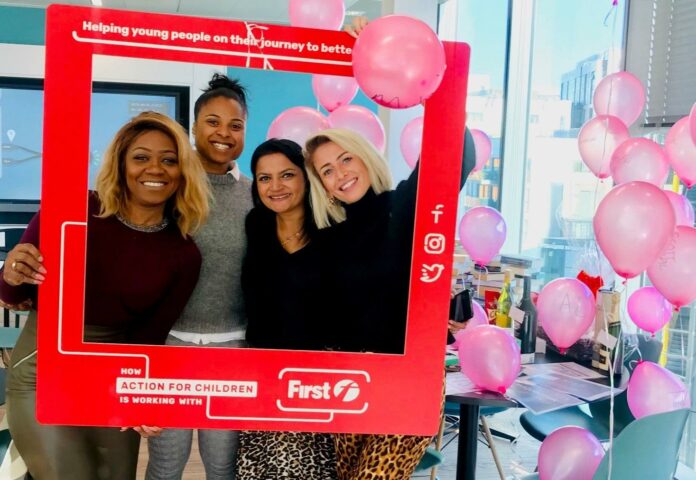 To celebrate the first six months of a three-year charitable partnership, FirstGroup employees have held a series of fundraising events, raising more than £6,800 for Action for Children in just one month.

Thanks to FirstGroup’s matched funding scheme, the final amount will be almost £10,000.

The events, organised by the transport operator’s charity champions, took place across UK locations with activities including cake sales, auctions and other fun events designed to encourage charitable donations.

At the London office, a bake off, a second-hand book sale and a week-long step-count challenge led to donations in excess of £550. And at the company’s offices and depot in Aberdeen, a cake sale raised a further £165.

Other events included ‘static cycle rides’ in Lancashire and Leicestershire, and a Halloween fancy dress in Bristol.

In April, FirstGroup and Action for Children launched a three-year charitable partnership, through which FirstGroup will donate advertising space across its UK transport network, helping to place the charity’s message in front of millions of people.

The partnership with FirstGroup funds mental health support for children and young people, meaning that issues can be tackled as early as possible, reducing the impact on future lives.

The advertising space donated by FirstGroup is one element of its partnership with Action for Children, through which the company will provide £1m of support in the form of cash, fundraising and the commercial value of gifts in kind.

Julie Randle, FirstGroup’s Fraud Prevention Officer and one of the company’s charity champions, said: “Having raised £480 from our bake off earlier in the year, we decided to hold a live charity auction and raffle to raise even more money for Action for Children.

“We had some amazing prizes donated by employees, external suppliers and other businesses, including a £250 Amazon voucher, Virgin experience gift vouchers, a 3-star Michelin meal at The View from the Shard, and an Amazon Echo.

“The auction was not only a really fun event – with colleagues desperately trying to outbid each other – but also a great success, raising more than £1,300 for our chosen charity.”

South Western Railway (SWR) has announced it is inviting bids and proposals for the next round of its Customer and Communities Improvement Fund (CCIF). CCIF...
Read more
Government