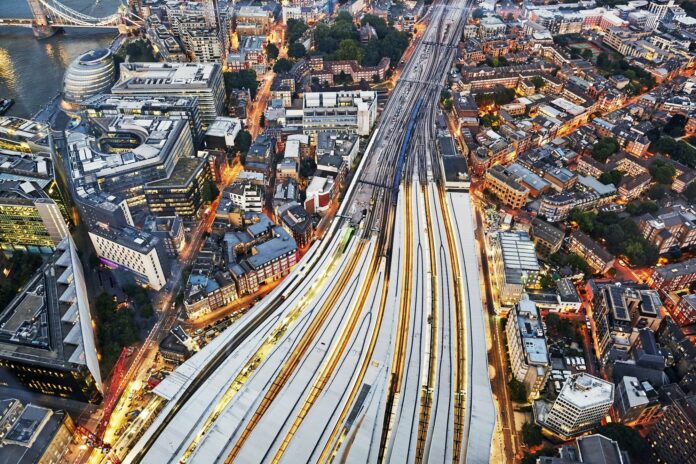 Levelling up towns will require a shift in government’s approach from announcing  multiple ringfenced pots of money – many of which councils must compete over –to instead handing power to local areas to deliver their own infrastructure strategies with five-year devolved budgets, according to the UK’s official  infrastructure advisers.

In a report launched today (Thursday 23 September) in Grimsby, the National Infrastructure Commission recommends that the current array of around 15 funding streams for local transport are streamlined into just two – a ‘dual track’ approach of devolved, flexible budgets based on population and local network size, and a targeted scheme to help areas with poor transport connections or where new industries could spring up.

The Commission proposes that government should support local authorities outside London by enabling them to spend up to £6 billion per year on transport investment over the next five years, ensuring that investment keeps pace with increased investment in centrally managed transport infrastructure.

The increased funding would enable county and unitary authorities to plan and deliver long term infrastructure strategies developed locally, that reflect the particular economic and social needs and opportunities of towns in their area. This new funding approach would build on the approach government has taken to provide multi-year funding settlements for transport to mayoral combined authorities.

The independent report on how infrastructure investment can best support the needs of different town-sized settlements was commissioned by government in March. The Commission engaged with dozens of civic and business leaders over the course of the study, including in four case study areas, and undertook social research on town residents’ investment priorities.

This survey showed that when it comes to infrastructure improvements, almost four in ten town residents would prioritise improvements for motorists such as better road maintenance, while a third would most value better public transport connections to nearby cities and a similar number would prioritise enhancements for pedestrians and cyclists.

The report suggests such a shift towards greater devolution “would place decision making into the hands of local leaders, while ensuring that there is accountability to local businesses and residents for how the funding is spent. Town halls would then have the resources to develop a clear vision and strategy for economic development, including infrastructure, based on local strengths and priorities.”

The report stresses that infrastructure investment alone cannot be expected to change economic fortunes, and that a range of areas of policy – notably education and skills – need to be co-ordinated in growth plans.

Central government should make available strategic advice and support for local authorities that need additional capacity to develop these strategies, the Commission suggests, and the strategies should set out clear, transparent outcomes against which councils can measure their progress.

Government should also help ensure universal provision of new networks and services, including direct support for accelerating the rollout of gigabit broadband and electric vehicle charging points in towns where it is needed.

Ministers should also help ensure businesses make the most of these new services and supporting innovation pilots for new communication technologies, such as 5G wireless technology, and new on demand transport models.

Bridget Rosewell, Commissioner, said: “Levelling up cannot be done from Whitehall. Every English town faces a different set of challenges and opportunities and local leaders are best placed to develop strategies to address these.

“Competing against other councils for multiple pots of cash creates a focus on the short term, continual uncertainty, and burns up staff time. Local councils need to be empowered to deliver transformational plans for the future and held accountable for doing so.”

Cllr David Renard, economy spokesperson for the Local Government Association said: “Recent support to invest in local infrastructure by the government has been important but these funds are sometimes fragmented and complex.

“Reducing and simplifying the number of funding streams available to councils and providing long-term certainty will help councils plan and deliver better transport and connectivity across the country.

“This is something that councils have called for and will make us stronger partners with government in delivering its transport decarbonisation and climate change ambitions. With the right tools, councils can help rebuild their communities, help level up the country and address the challenges that have been brought by the pandemic.”

Network Rail engineers will be working at locations across Scotland this festive period to carry out vital projects to renew and upgrade key infrastructure. Passengers,...
Read more
Construction

Construction and engineering specialist BAM has been appointed as the principal contractor by Network Rail to build the new southern entrance of Sunderland's railway...
Read more
- Advertisement -