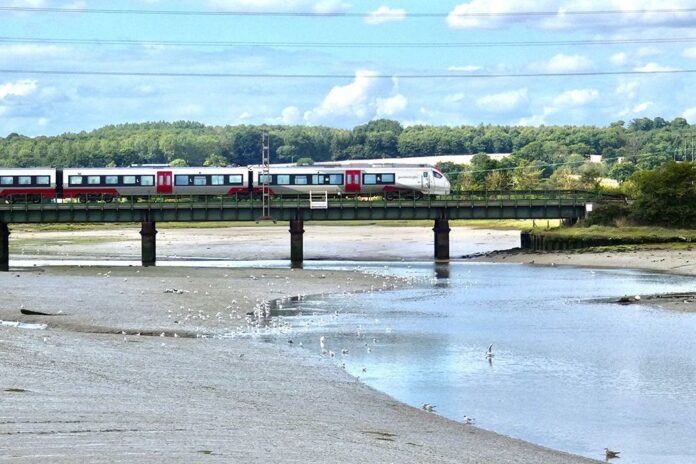 Improving levels of environmental and energy management at Greater Anglia means that rail travel in East Anglia is becoming even greener, according to a recent audit of the train operator.

Greater Anglia has just been given an internationally recognised stamp of approval for businesses committed to reducing their impact on the environment.

It has also been recognised for having a robust energy management system which commits it to reducing energy usage across stations, depots and trains.

The company has just undergone a week-long audit, conducted by an expert external organisation, which included visits to depots and stations to look at Greater Anglia’s environmental and energy management processes and procedures.

The audit report confirmed that the operator is demonstrating continued improvement in both areas and can retain its ISO 14001 and ISO 50001 environment and energy certifications.

In 2019, Greater Anglia reduced its total carbon emissions by 11% overall.

This prevented 13,570 equivalent tonnes of carbon dioxide, a greenhouse gas that contributes to global climate change, being released into the atmosphere.

This is the equivalent in emissions of 2,297 homes using electricity for one year and would take 224,000 tree seedlings growing for 10 years to remove this much CO2 from the atmosphere.

Greater Anglia’s Environment and Energy Manager, Stephanie Evans, said: “Working to the rigorous standards of ISO 14001 and 50001 is one of the factors that has helped us to achieve these results, as they offer a holistic and strategic approach to reducing our impact on the environment.

“This, along with decarbonisation of the National Grid and the environmentally features of our brand new trains – which are designed to be more efficient and produce less particulate pollution than our old ones – are all helping the region’s railway to remain one of the most environmentally friendly forms of transport.”