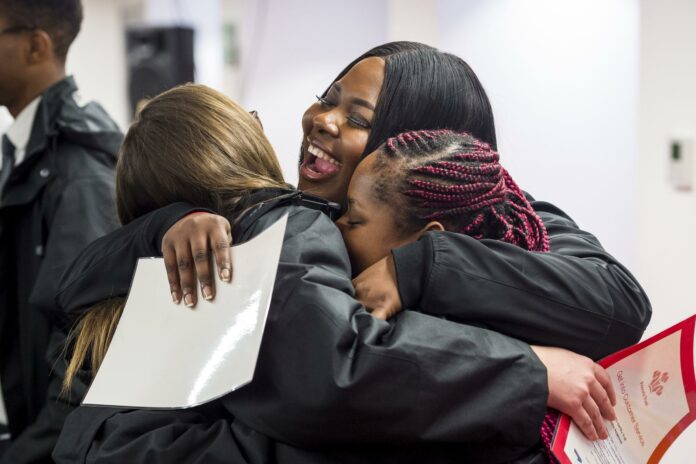 Govia Thameslink Railway (GTR) has offered eight young people jobs with Thameslink and Southern Rail, after they graduated on Monday from a four-week work experience programme run in partnership with The Prince’s Trust.

The scheme — ‘Get into Railways’ — gives young people aged 18-25, who are struggling to get into employment, vital learning and skills needed to help them find work on the railway. Many have never been given such an opportunity, so the programme becomes much more than a job, it becomes a family and support system.

The eight individuals will start their new roles across the GTR network in the coming weeks, with four joining Thameslink and another four joining Southern Rail. They will also have access to a network of GTR progression mentors who support the young people as they begin their new roles.

The programme sees a team of 100 GTR staff members orchestrate three intakes per year, often creating specific roles for participants following their graduation. To date, well over 100 young people have been given the chance at having a career in the industry as a result of the seven-year partnership.

During the four-week course, candidates are taught about and experience many aspects of a career on the railway. The first two weeks are spent in a classroom learning presentation skills, crisis management, first aid, security protocols, and customer service skills that are all vital when working at stations. The other half takes place on the network, working with staff to gain practical work experience in roles such as gateline staff or customer service.

The graduates offered roles with GTR include:

Baski Gwen, 19, from Kenley, Croydon, who has been offered a position with Southern Rail, said: “The programme has given me a lot more confidence and improved my skills – some of which I didn’t even know I had before! There wasn’t a single day on my placement that I didn’t want to go in and do the job at hand. Every day I’ve been so motivated to do my best and it’s been a great experience that I’ve loved from start to finish.”

Bianca Bhebhe, 18, from Bedford, who has been offered a position with Thameslink, said: “Being part of The Prince’s Trust programme has been life changing and really helped me to focus on what I want to achieve. From here I just want to progress even further and one day I’d like to become a train driver, and even work my way up to management.”

Cynthia Bosombi-Mandete, 26, from Barnet, who has been offered a position with Southern Rail, said: “This whole experience has been amazing and taught me so much. I’m a full time mum of two and I think us mums can sometimes put ourselves in boxes where we don’t feel we can grow, but now I know I can excel. Being part of the scheme has given me the determination to have a successful career, for myself, my kids and for the other mums out there.”

Paula Hillard, Engagement Manager at Govia Thameslink Railway and co-ordinator of the scheme, commented: “At GTR, we believe that everyone should have the chance to embark on a stable and rewarding career. Today, far too many young people are struggling to find work and, as a result, they’re giving up hope for the future. Working with The Prince’s Trust allows us to provide these young people with this opportunity — helping them to build their skills, confidence and motivation to enter employment on the railway.

“We share many of the same values with The Prince’s Trust when it comes to training up the next generation. And as our partnership with them continues, we look forward to providing more young people with the chance join our GTR family. I want to thank everyone involved in this most recent programme and wish our most recent graduates every success in the future.“

Andy Bindon, HR Director of Govia Thameslink Railway, said: “Working with The Prince’s Trust and seeing these young people flourish is always the highlight of the year for me. The young people who take part in this programme are an inspiration to all, with an infectious desire to make a career for themselves. I want to congratulate all who have been offered a permanent role and I look forward to welcoming them into the GTR family.”

Janet Craven, who manages the programme at The Prince’s Trust, added: “At The Prince’s Trust, we work with the hardest-to-reach young people who deal with challenges that are negatively impacting their life. We know that most young people have the determination and willingness to find a job, but that they often lack the opportunities to do so. GTR’s scheme is really leading the way when it comes to helping young people into things they never thought they’d do. It just shows what you can achieve when given the opportunity.”

South Western Railway (SWR) has announced it is inviting bids and proposals for the next round of its Customer and Communities Improvement Fund (CCIF). CCIF...
Read more
Government