HS2 Ltd, the company building Britain’s new high speed, low carbon railway, has released a series of images to celebrate the forward momentum of the project during 2020. 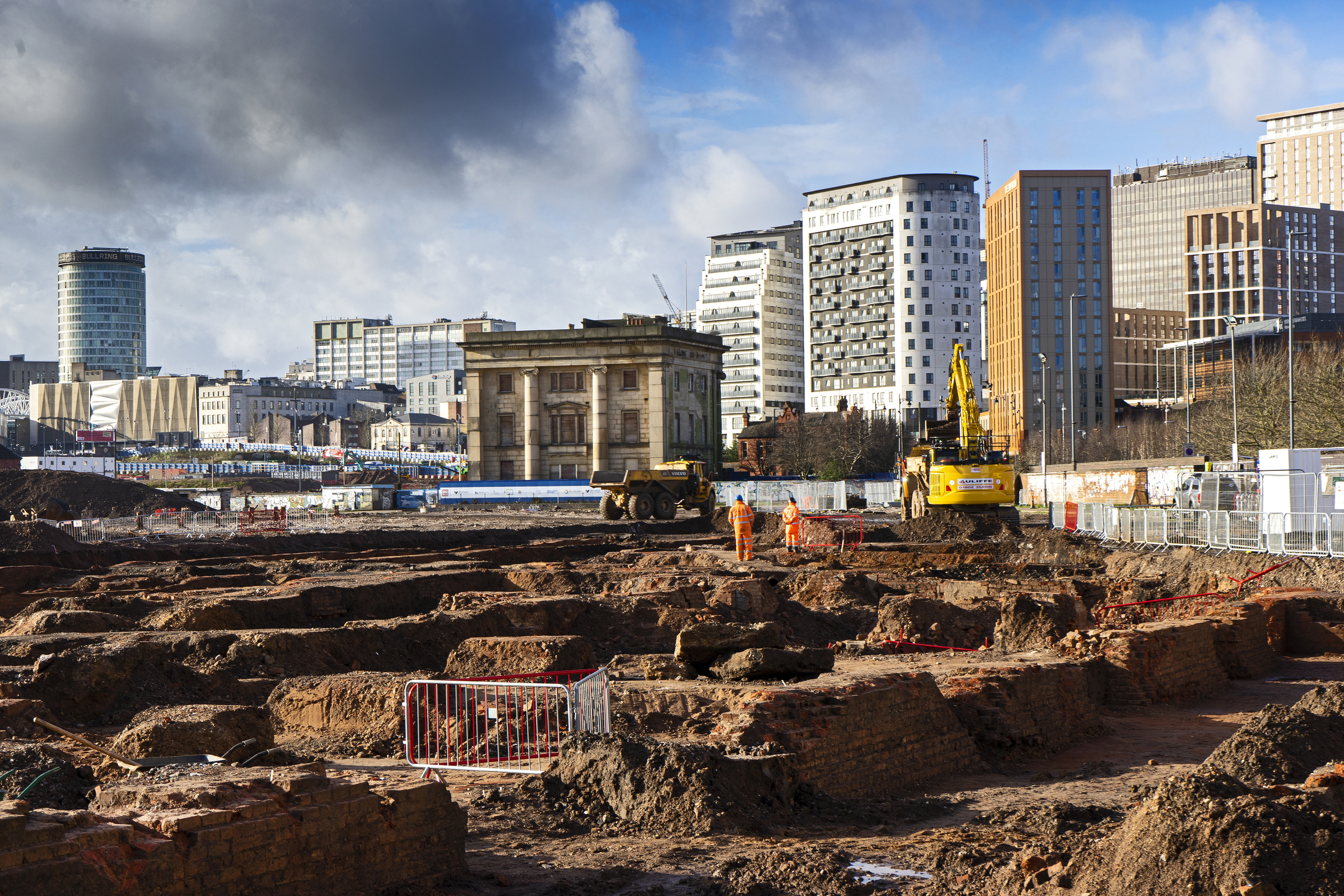 The images show the extent to which work has progressed at some of the project’s biggest sites on the route between London and the West Midlands.

The pictures include birds eye views of the massive South Portal site near the M25 – from where the Tunnel Boring Machines will dig north under the Chilterns, and the Long Itchington site in Warwickshire, where a TBM will also make its journey.

Also pictured are the sites of the four mega stations – Old Oak Common, Euston, Curzon Street in Birmingham, and Interchange in Solihull – where several huge bridges have been moved into place. In addition, there are never-before-seen images from sites in Willesden, the rail freight depot and some of the amazing archaeology that has been unearthed in 2020.

22,000 new jobs being recruited as a result of starting full construction on the project, as announced by the Prime Minister in September.

THREE planning approvals for the enormous, state-of-the-art stations at Old Oak Common in North London, Interchange in Solihull and Curzon Street in Birmingham.

£12 BILLION worth of contracts up for grabs for UK companies to work on HS2’s first phase between London and the West Midlands.

190,000 trees planted, taking our total up to 430,000 planted across Phase One, and 60 wildlife habitats now created between London and Warwickshire.

TWO enormous Tunnel Boring Machines arrive in the UK ready to bore under the Chilterns. With another two TBMs on the way to Long Itchington site ready to tunnel under the route into Birmingham. And another two contracts awarded for TBMs to dig the London tunnels into Euston.

412 apprentices welcomed onto the project, a fifth of the intended 2,000 apprenticeships that will be offered during the construction of HS2.

1.5 MILLION lorries taken off Britain’s roads as the first rail freight delivery rolls into HS2’s Washwood Heath site in Birmingham. 15,000 freight trains are set to move 10 million tonnes of aggregate for HS2 over the next ten years.

2,400 tonnes of structural steel, made in the UK and delivered to the south portal of the Chiltern tunnel by Notts Based fabricators, Caunton Engineering. The steelwork will be used in the temporary pre-cast factories that will create the tunnel wall segments and the nearby Colne Valley Viaduct.

87,000 tonnes of CO2 designed out of Curzon Street Station, resulting in the station achieving net zero carbon emissions from regulated energy consumption and a range of technologies to generate energy from renewable sources.

500 jobs set to be created after PORR UK won the contract to deliver the high-performance modular track system. The high-tech ‘slab track’ will be manufactured at a new facility in Somerset.

Level crossings being improved in Horsham

An £8 million project to improve reliability and safety at level crossings will see some temporary closures in Horsham. Both Parsonage Road and Littlehaven level...
Read more
Projects

Work to build the second mile of new track on the Levenmouth Rail Link is now underway. The second phase of track work continues to...
Read more
HS2