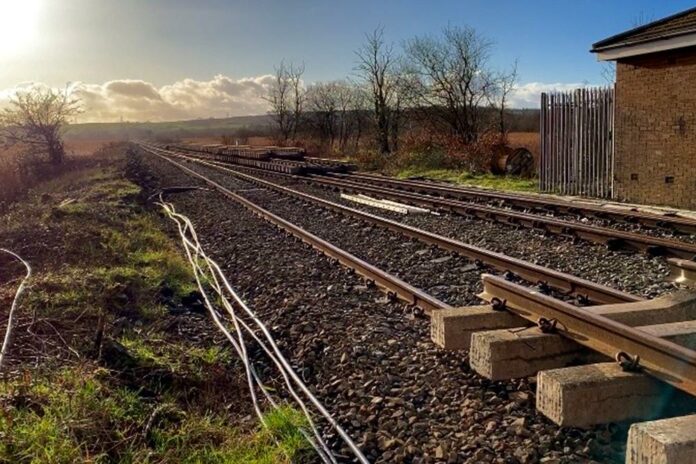 Click here to listen to the latest rail news on Friday, 11th December 2020

FirstGroup is to pay more than £30 million back to taxpayers to hang on to Britain’s busiest rail networks.

The article featuring in The Daily Telegraph, says the operator has agreed the sum so that it can continue running South Western Railway.

The article says the news came as FirstGroup’s pre-tax losses narrowed to £100 million on £3.1 billion of revenues over the six months to September.

A new alliance of nine groups has been formed to call for rapid action to cut greenhouse gas emissions, with less than one year to go until the COP26 climate change conference in Glasgow.

The article in The Herald says nine walking, cycling, public transport and shared mobility groups, including the Community Rail Network and Campaign for Better Transport, have formed the Sustainable Transport Alliance.

It is a new UK-wide alliance for green and fair transport to tackle the climate emergency and ensure what they call “inclusive transport for all”.

Transport for London is set to award up to £12 million of staff bonuses, according to an article in The Daily Telegraph, which says Sadiq Khan is being accused of making the transport body’s cash crisis worse.

A Transport for London spokesman told the paper it was not paying awards to senior staff, but would be providing “performance awards for non-senior staff… dependent on individual performance”.

Finally, three months on from the Llangennech freight train fire, remediation work to remove and replace 12,000 cubic metres of diesel contaminated soil around the site has begun.

Specialist environmental contracts Adler and Allan Jacobs are carrying out the complex operation.

The remediation plan has split the contaminated site into cells. Each cell will be carefully excavated, removing up to 30 cubic metres of affected soil at a time.

It will be removed from the site by lorry and safely treated at a licenced waste management facility.