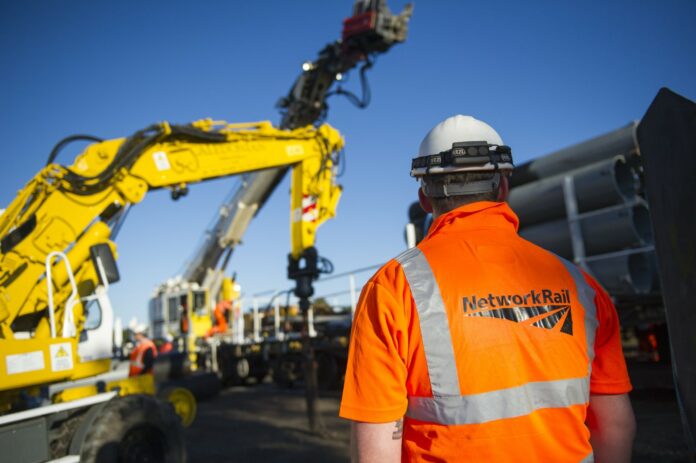 Click here to listen to the latest news on Tuesday, 14th April 2020

Staff are returning back to work at Bombardier Transportation UK’s rolling stock production site in Derby today after work was paused because of social distancing measures implemented by the Government.

Heavy maintenance at the company’s Ilford site will also start today, and component refurbishment and overhaul in Crewe back underway tomorrow, after nearly three weeks.

The company says there will be greater spacing and split shifts to keep staff safe during the COVID-19 crisis.

Thousands of rail workers were due to be working on hundreds of projects to improve the journeys of passengers and freight throughout the UK over the Easter weekend.

Network Rail was carrying out essential maintenance and upgrade work.

We’ll be speaking to Chief Executive Andrew Haines to find out how the work went.

Environmental campaigner Chris Packham has announced he is seeking permission to appeal the decision by the High Court to dismiss the judicial review of the government’s go-ahead on HS2.

He will argue that the court misunderstood grounds of his case, which relate to consideration of environmental impacts and consideration of the implications of the Paris Agreement on Climate Change on the project.

The Department for Transport say HS2 will be one of the UK’s most environmentally responsible infrastructure projects.

‘Brainless’ yobs put lives at risk by throwing a 10-metre roll of wallpaper and a scooter on to train tracks in Stoke-on-Trent.

The article features on Stoke on Trent Live, with residents describing those responsible as ‘idiots’.

British Transport Police said whoever was responsible for these foolish and dangerous acts put the lives of rail passengers and staff at risk.

Finally, and The Sun (Scotland) has a story which says ScotRail have stopped flushing human waste onto tracks.

The spokesman said this reflects the fact they now have enough fully refurbished InterCity trains to run the timetabled services.