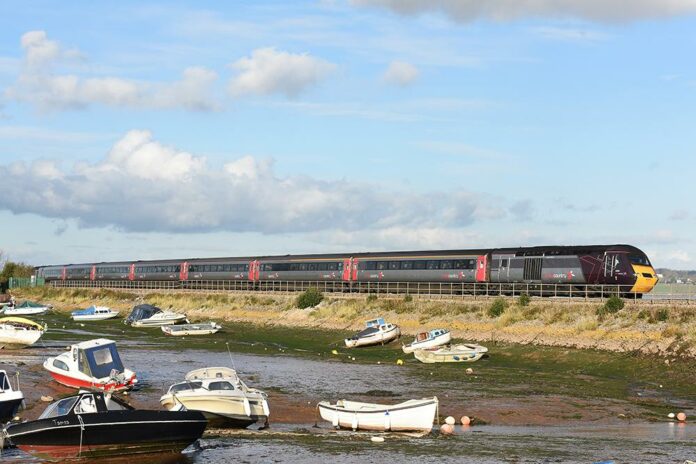 Click here to listen to the latest rail news on Friday, 16th October 2020

Long-distance train operator CrossCountry, part of the Arriva Group, has been awarded a new three-year contract to keep operating its passenger services across Great Britain.

Starting on Sunday, the contract runs until October 2023.

The Department for Transport says the new contract takes the operator in line with Emergency Recovery Management Agreements and brings stability to services for the future.

Passengers will benefit from an extra 20,000 seats per week, there will be more operational staff and a greater focus on more environmentally friendly services.

Ministers are bracing for a ‘mucky’ High Court battle after demanding train operators pay penalty charges of up to £500 million following the collapse of the franchise system.

That’s according to an article in The Daily Telegraph that writes the Government is prepared for a legal spat over the so-called ‘termination payments’ from train firms after lockdown forced Whitehall to bail out the network.

Under questioning by MPs on the public accounts committee, officials also revealed that the taxpayer bailout of the railways will top almost £10 billion this year.

The latest stage in extensive recovery and reinstatement works has begun following the Stonehaven derailment in August.

Engineers are now relaying over 50 metres of track following the recent completion of work to repair the bridge and embankment damaged in the accident.

Work will continue into November as teams remove and replace the damaged track and relay 400 metres of telecoms cables.

The 06.38 ScotRail service derailed after striking a landslip with the devastating loss of three lives.

Finally, and TransPennine Express has announced an investment of £1.7 million in further enhancing its existing cleaning programme.

The additional uplift will see more than 9,400 extra cleaning hours, allowing a dedicated team of Train Presentation Operatives at every TPE station and on each train when it reaches its destination.

As a result, 57 new positions are being created across the North.