In The News: 16th September 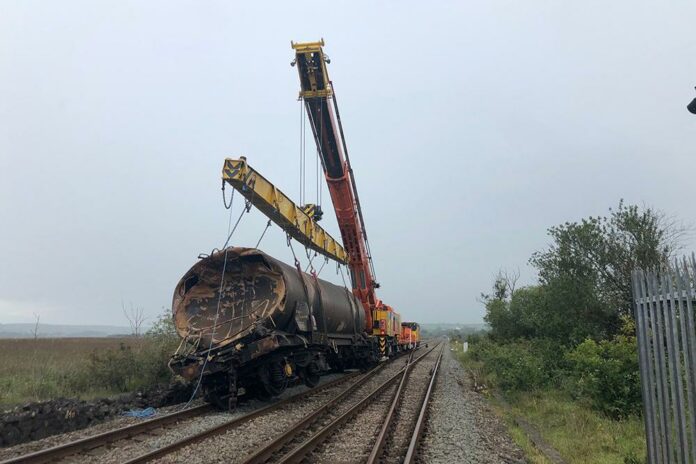 Click here to listen to the latest news on Wednesday, 16th September 2020

The price of train travel could more than double for many passengers after rail bosses suspended the publication of full advance timetables until 2022.

That’s according to an article in The Times Scotland that says the schedules are supposed to be finalised at least 12 weeks in advance to allow passengers to plan journeys and book the cheapest tickets.

Changes to the number of trains running in the pandemic has meant that companies have been unable to meet that target.

The Rail Delivery Group, says it will not commit itself to restoring the full 12-week timetable until January 2022.

Shares in FirstGroup closed more than three per cent higher after the transport giant raised its profit expectations on the back of improving passenger numbers.

But an article in The Herald says chief executive Matthew Gregory faced a mini-revolt over his position at the company’s annual meeting.

Passengers will again be able to travel on a section of the Heart of Wales line, which runs from Shrewsbury to Swansea from November.

It comes as Network Rail has set out the timescales for repairs to the line after two major incidents within a month.

In August extreme weather caused severe damage to the railway line near Llandrindod Wells forcing the railway in mid-Wales to be closed before a freight train fire and derailment at Llangennech will reopen in the New Year.

Finally, and the inaugural edition of RailDirector is on its way to 2,000 rail industry directors and leaders this week.

It is a landmark moment for RBDPublications, part of the Business Daily Group, which includes railbusinessdaily.com, as it looks to shake up the magazine world with its first offering.

The aim is to bring industry influencers, decision-makers and supply chain partners closer together, covering everything from track to train.

Details of an online version of the magazine will be revealed shortly.