In The News: 17th September 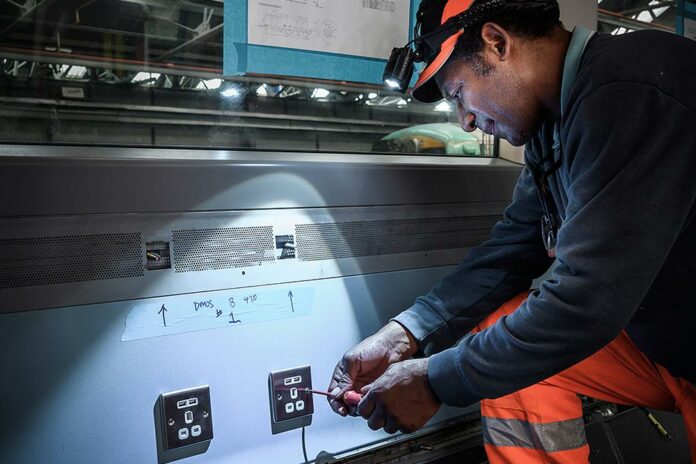 Click here to listen to the latest news on Thursday, 17th September 2020

Govia Thameslink Railway and Porterbrook have announced a five year, £55 million programme to modernise the Southern, Gatwick Express and Great Northern ‘Electrostar’ fleets, 270 trains in all.

The trains include 214 ‘Class 377s’ that provide suburban and commuter services on the Southern network between London, Surrey, Sussex and the south coast, and over 56 ‘Class 387s’ working on Great Northern and Gatwick Express routes.

Passengers from three stations in the West and East Sussex can now get on and off the full length of longer Southern trains thanks to platform extensions built by Network Rail and funded by the Department for Transport.

Built to support a new timetable during the construction of the £150 million upgrade of Gatwick Airport station, longer trains are now opening their doors on extended platforms at Goring-by-Sea and Lancing in West Sussex and Cooksbridge in East Sussex.

A Bristol firm specialising in Intelligent Video has partnered with the Manufacturing Technology Centre near Coventry to develop a safety system which can spot anti-social behaviour or emergency incidents on station platforms.

One Big Circle, in partnership with the MTC, was awarded the funding for the project – named Project DETER – through the Network Rail Small Business Research Initiative competition.

It uses One Big Circle’s data capture and video analysis technology in the development of a ‘behaviour engine’ alongside the MTC’s research and development capability and cutting edge IT infrastructure.

Nexus, which owns and manages the Tyne & Wear Metro, has chosen a yellow paint job with black and pale grey along the train sides.

The new Metro fleet, which is being built by the Swiss train manufacturer Stadler, is set to enter service in 2023.