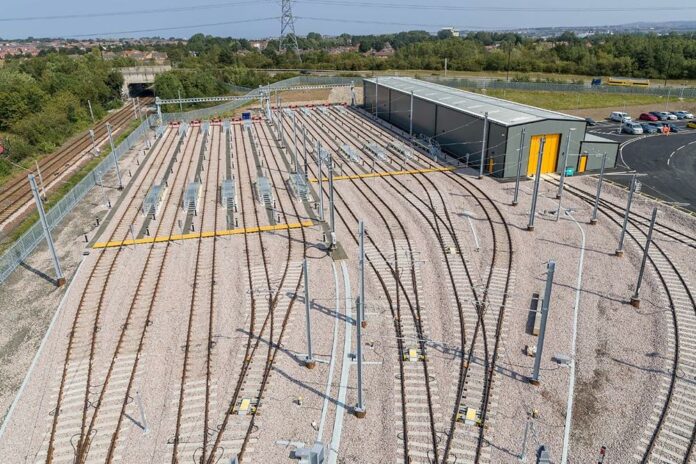 Click here to listen to the latest rail news on Friday, 18th December 2020

That’s according to an article in The Daily Telegraph that says yesterday, South Western Railway said trains between London and the south coast would be cut back over the next week, including for the first day of the Christmas travel bubble period, due to workers self-isolating.

It came a day after Great Western Railway suspended bookings on some Christmas services because of absences.

The setbacks are a blow to Government efforts to avoid crowded carriages during the five-day Christmas bubble.

Passenger access is being improved to four of London Euston station’s busiest platforms as part of a multi-million-pound programme.

The £11.7 million investment will see the access widened allowing more space for passengers to move from the concourse to their train.

The work coincides with other Euston station upgrades due in 2021, including new information screens and improvements to the announcement system.

A temporary depot which has been built to welcome the Tyne and Wear Metro’s new £362 million train fleet has officially become operational.

The Howdon site in North Tyneside will be used to on-track the new Metro trains from 2022, and for maintenance of the current rolling stock while the main Gosforth depot in Newcastle is completely rebuilt.

Finally, and the fourth edition of RailDirector magazine is heading to over 2,000 rail industry leaders and subscribers this week, just in time for the festive period.

This month’s magazine reflects on the events of the year and looks forward to what the future may bring, covering everything from track to train.

The December issue leads with an exclusive interview with Liam Sumpter and Ross Moran from Network Rail on the role they played in coordinating the response to the Stonehaven derailment tragedy.