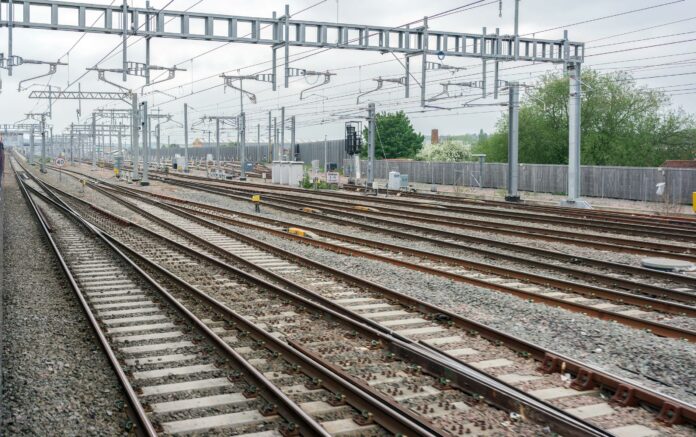 Click here to listen to the latest rail news on Thursday, 18th November 2021

In today’s headlines, the government has promised a £96bn rail improvement programme that will help transform services in the Midlands and northern England, ahead of the expected scrapping of the Leeds leg of HS2.

Local service upgrades will happen up to 10 years earlier than planned, ministers say, however businesses have reacted angrily to reports the East Midlands-Leeds HS2 high-speed line would not be built.

Speaking to the BBC, Deputy Prime Minister Dominic Raab denied that the government was rowing back on promises to “level up” the country, and said it is “entirely delivering on the aspiration and ambition of the levelling up agenda.”

A Reading-based company has joined an international consortium aiming to enhance UK rail communications using a hybrid of satellite and 5G technology.

Isotropic Systems has joined SODOR (Satellites for Digitalisation of Railways) a project backed by the UK Department for Digital, Culture, Media and Sport, the UK Space Agency, and the European Space Agency (ESA) as well as partners including Network Rail.

The project, which pilots in 2022, aims to boost WiFi and mobile phone coverage for passengers – including in tunnels and cuttings – and deliver accurate real time information on train location and carriage capacity.

East Midlands Railway has launched a recruitment initiative in the search for new apprentice train drivers.

The operator hope to hear from people with a wide range of ages and backgrounds to apply for the roles, based at Nottingham and Derby, as part of its recruitment window, which closes on 28 November.

The scheme is open to people aged 21 and above, with successful applicants given access to world class facilities at EMR’s training academy where classroom learning is supported by state-of-the-art Virtual Reality (VR) and cab simulators that replicate real life railway situations.

Finally, Work by a local artist inspired by the iconic Campbell’s soup tin has been displayed at King’s Lynn station, with the area famous for housing the first factory outside the USA in 1959.

Artist Steve Messam was commissioned by environment and community charity Groundwork East, which was approached by Govia Thameslink Railway (GTR) to help make stations more attractive and efficient for passengers, and more sustainable assets for their local communities.

King’s Lynn is one of 20 stations where the charity has delivered art or landscaping projects, with GTR also putting in place improvements suggested by local people at over 250 stations nationwide.

Read the full story at: https://news.railbusinessdaily.com/station-dishes-up-soup-themed-art-installation/