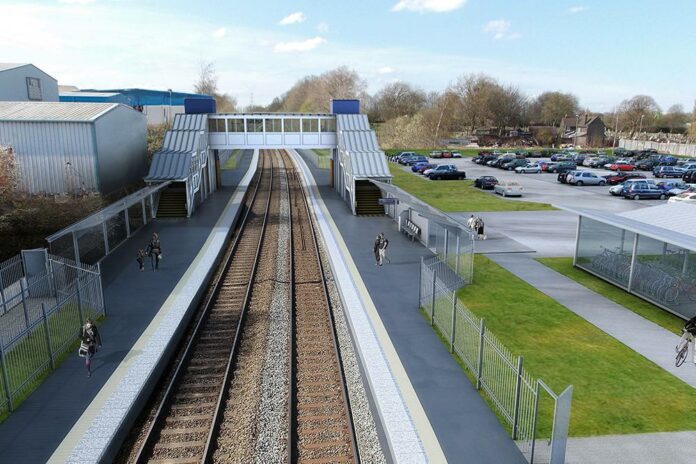 Click here to listen to the latest rail news on Monday, 19th October 2020

Plans for two new railway stations on the Walsall to Wolverhampton line have been approved – marking a major milestone in the project to restore passenger services to this part of the Black Country.

The stations at Darlaston and Willenhall were backed by Walsall Council’s planning committee, meaning that the project can move forward to the next stage.

An invitation to tender has now been issued for construction of the stations with a view to appointing a contractor by next spring.

ScotRail is ‘considering’ an alcohol ban on trains.

That’s according to an article on the BBC that says the measures could be imposed as part of COVID safety measures.

The travel operator told BBC Scotland the measure is being considered, although the firm said they were “not in a position” to confirm details.

The potential cost of the extension of the Borders Rail link to Hawick and Carlisle should not stop it from going ahead, supporters have argued.

That’s according to an article in the i newspaper (Scotland) which quotes Simon Walton, chairman of the Borders Rail Campaign.

He says compared with other infrastructure projects around the UK this will be achieved at a fraction of the cost of the likes of HS2 and Crossrail.

He says it will be a lot of money, but it won’t be as expensive as you might imagine.

Finally, and congratulations to Glasgow Queen Street, that has been named Britain’s favourite station after winning the World Cup of Stations 2020.

Out of 2,579 stations across the country, Queen Street was shortlisted as one of 48 stations participating in the week-long online poll which recorded over 95,000 votes in total.

It beat Scottish rivals Motherwell, Aberdeen and Wemyss Bay in the group stages and Newcastle and Crewe in the semi-final.

In the final it faced Huddersfield, Stourbridge Junction and London King’s Cross.