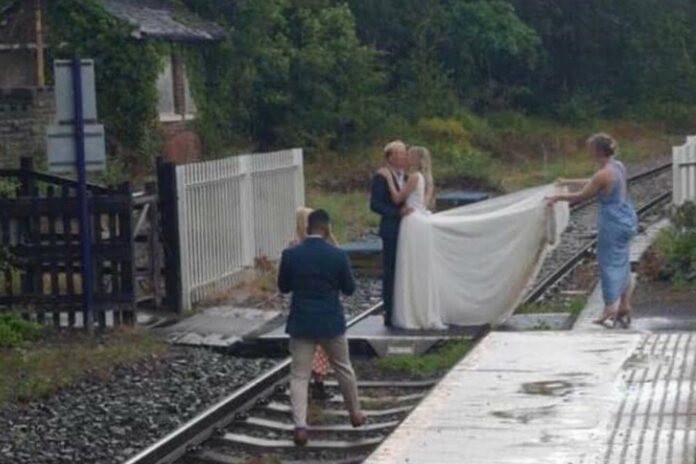 Click here to listen to the latest rail news on Tuesday, 20th October 2020

Network Rail has criticised the ‘plain stupidity’ of a pair of newlyweds who decided to get their post-ceremony photographs taken on a set of live tracks.

The article featuring in The Times, says the bride and groom posed near Whitby, renewing fears that social media is behind a surge in people trespassing on the railways.

Between June and last month people illegally went on to lines 5,100 times, according to figures from Network Rail.

Bombardier Transportation has announced that it has signed a three-year extension to its Train Services Agreement with Arriva CrossCountry with the option of a further extension of up to one year.

Under the new £248 million contract, Bombardier will continue to maintain, overhaul, service and clean a fleet of 34 class 220 Voyagers and 24 class 221 Super Voyagers.

Serco has appointed Kathryn Darbandi as the new Managing Director for the Caledonian Sleeper service. Kathryn will take up her new role in January 2021.

Kathryn has extensive experience in the travel and tourism industry and has previously held senior roles at US group Travel Leaders, Thomas Cook and Tui.

Finally, HS2 has revealed the latest designs for the Edcote and Lower Thorpe Viaducts as the high speed rail project began a four-week online engagement event for communities in Northamptonshire.

Set low into the landscape, the 515m long Edcote Viaduct will carry the railway across the floodplain of the River Cherwell, south of Chipping Warden.

At between six and eight metres high, the viaduct will be supported by 20 pairs of concrete piers and from a distance, will be largely hidden by existing hedgerows and woodland.