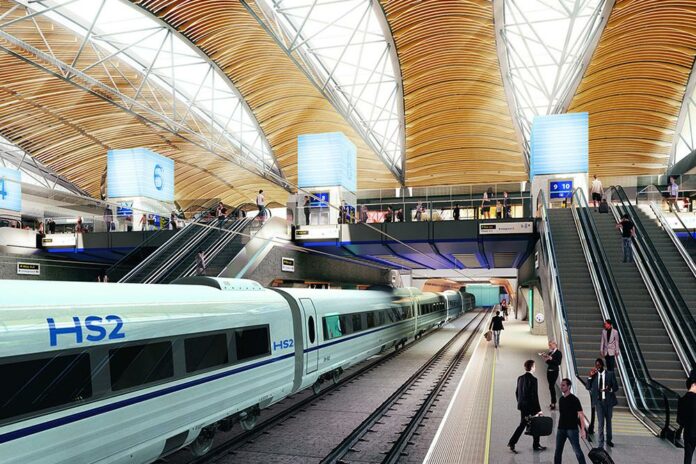 Click here to listen to the latest rail news on Wednesday, 23rd December 2020

HS2 has shortlisted bidders for its track systems and for tunnel and lineside mechanical and electrical systems – contracts worth nearly £2 billion.

The winning organisations will go on to deliver around 280km of state-of-the-art high-speed track and infrastructure that will enable the UK to run some of the world’s most frequent and reliable long-distance rail services.

The contract opportunities cover design and construction between London, Birmingham and Crewe, where HS2 trains will join the existing West Coast Mainline.

The Scottish Government has announced plans to extend the current Emergency Measures Agreements for the ScotRail and Caledonian Sleeper franchises.

Bombardier Transportation has announced that it has signed a framework agreement with Porterbrook to fit digital onboard signalling to Bombardier Electrostar trains in the UK.

Bombardier will deliver the design work needed for the fitment of the European Train Control System equipment and the Bombardier EBI Cab 2000 onboard Automatic Train Protection system, to all Electrostar fleets in the UK.

The initial agreement is worth £11.3 million.

The pair have received framed Hero to Animals Awards from PETA.

Robert scooped up the bird which had been hit by a freight train and stopped off at Kettering station, where Jim took over and handed the swan over to a local animal rescue charity.