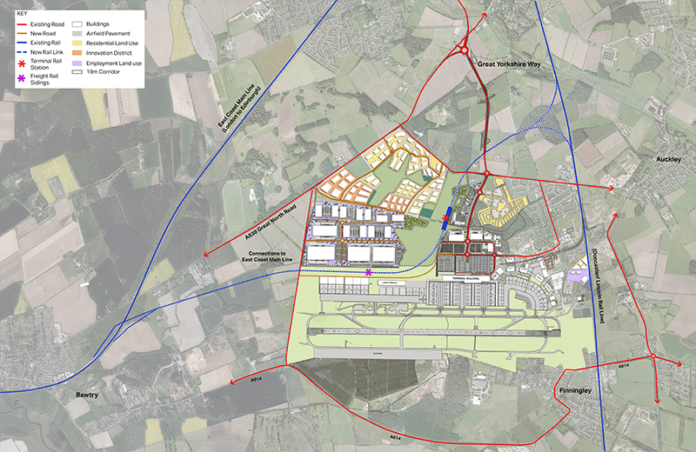 Click here to listen to the latest news on Thursday, 27th February 2020

We start with the news this morning that the Department for Transport has received formal proposals for a major Yorkshire rail scheme which could deliver 33,000 jobs.

The Sheffield City Region, Doncaster Council and the Peel Group have submitted an outline business case to the Government which could deliver a new rail connection to Doncaster Sheffield Airport.

Those behind the £300 million scheme say the station can be operational by 2025.

The Times newspaper says train companies have paid shareholders £1.3 billion in the past five years, with £218 million in 2018-19, despite issues with train punctuality.

The figures are from Office of Rail and Road with the highest dividend paid by Great Western – £50 million.

John Thomas of the Rail Delivery Group has told the paper they were investing in improvements to encourage more train travel.

The number of passenger journeys on Scotland’s railway has risen 13.3% in the past five years from 86.3 million to 97.8 million.

That’s according to figures from Transport Scotland in an article in The Herald.

The Scotsman reports that academics at Heriot-Watt University in Edinburgh have designed a flat panel antenna which connects to satellites in space to maintain connectivity while on the move.