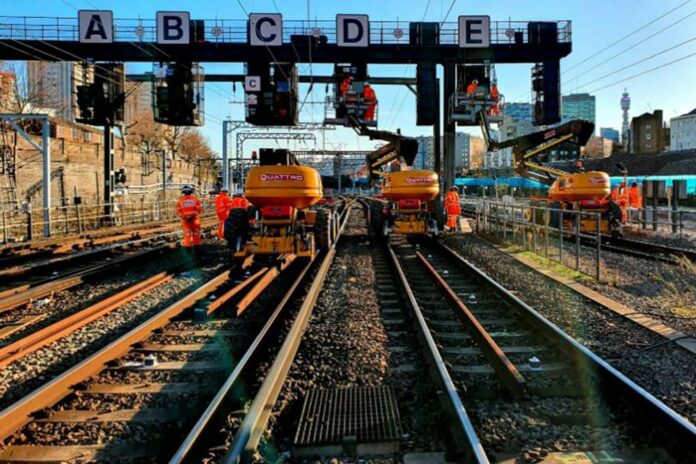 Click here to listen to the latest news on Tuesday, 3rd March 2020

We start with the news on RBD and in several papers about Network Rail delivering £113 million worth of investment across Britain over Easter.

Thousands of rail workers will carry out 420 projects in four days to improve reliability and deliver better services for passengers.

Passengers are being asked to check if their journey between April 10th and 13th will be impacted.

The Times is reporting about the Scottish company CRDNN being fined half a million pounds for nearly 2 million ‘nuisance calls’ some of which affected the railways.

The UK watchdog says it was trying to contact people about non-existent government scrappage and debt management schemes.

Lines at Network Rail’s Banavie control centre were among those being clogged up, with train drivers finding it difficult to get through to operators.

Birmingham Live reports that MPs have revived HS2 legislation amid Tory warnings over the future of the high-speed rail project.

A motion to continue proceedings on phase 2a – West Midlands-Crewe – was approved, meaning it will resume in the Lords in the new parliamentary session.

Finally and rail passengers being rude to staff on the Caledonian Sleeper had better watch what they say or they might get confronted by TV host Kirsty Wark.

The Sun reports that the Newsnight presenter has witnessed ‘appalling behaviour’ on the overnight service for 26 years.

She says she confronts drunk train passengers who are rude to staff.