In The News: 4th September 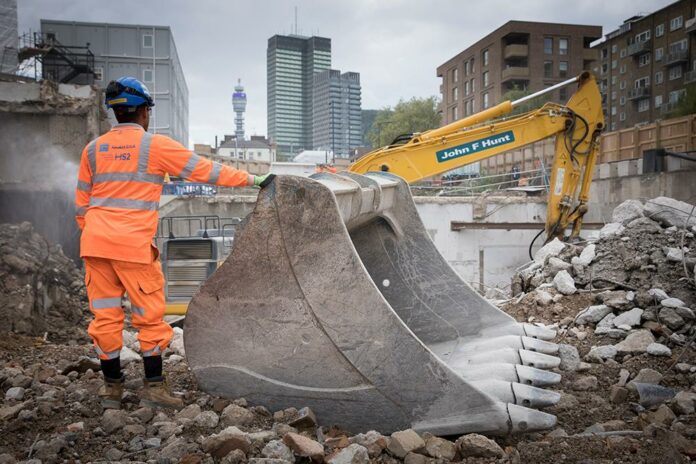 Click here to listen to the latest news on Friday, 4th September 2020

HS2 has announced the formal start of construction of the high-speed rail line between London and the West Midlands, which it claims will create 22,000 jobs.

It is an article featuring in several of the national newspapers, including The Guardian that says Prime Minister Boris Johnson is expected to attend a ceremonial launch today.

The contracts to build the first phase of the line, including viaducts, tunnels and stations at Euston and Old Oak Common, were signed off by the Treasury during lockdown.

The article says that HS2’s main works contractor for the West Midlands, a Balfour Beatty-Vinci joint venture, is looking for up to 7,000 skilled workers over the next two years.

Dates for key works on the £1.2 billion East Coast Upgrade have now been confirmed, with a programme aimed at delivering improvements for passengers as soon as possible.

Once complete, the upgrade will deliver improved reliability and punctuality for passengers and will ensure the route has the capacity to deal with future passenger volumes.

A major part of the project is replacing tracks and a track layout, which is nearly 50 years old, on the 1.5-mile approach into London King’s Cross.

Eurostar trains will not stop at stations in Kent before 2022, raising fears of job losses.

That is according to an article in the Belfast Telegraph, that writes the train operator said it had been hit by an ‘unprecedented’ fall in bookings as a result of the coronavirus crisis.

Eurostar trains have not been stopping at Ashford International or Ebbsfleet International stations since March, but that has now been extended to 2022.

From the empty shell that was opened by then Prime Minister David Cameron, the team has built 192 trains over the last five years that are now in service.