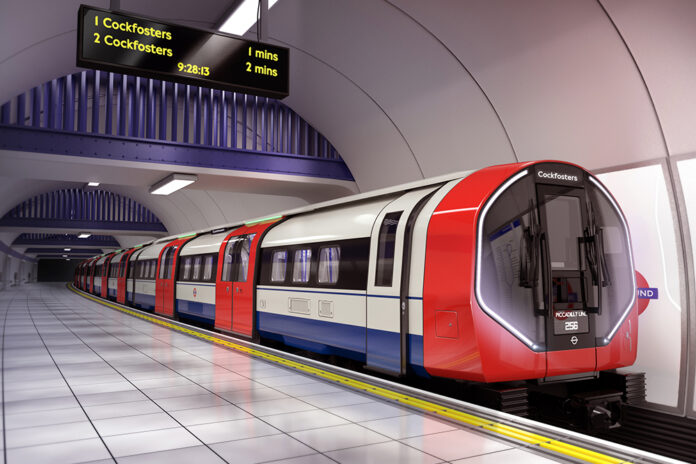 Click here to listen to the latest rail news on Friday, 5th March 2021

The facilities will be used to build the next generation of intercity trains for East Midlands Railway and Avanti West Coast.

Around 40 staff and newly graduated welders and painters will be completing the high-tech aluminium carriage shells, which are a signature of Hitachi’s intercity fleets.

Crossrail has revealed that Farringdon Elizabeth line station has been officially handed over to Transport for London today.

It is the first of the central London stations to be transferred over to TfL, who will operate the Elizabeth line.

The station is now ready and the extensive testing and commissioning of systems have been finalised in advance of Trial Operations beginning later this year.

The design of the new fleet of Piccadilly line trains has been unveiled as Transport for London said it was honouring a £1.5 billion contract despite its finances being wrecked by the pandemic.

An article in the Evening Standard says 94 trains, which have air conditioning walk-through carriages and can carry 10 per cent more passengers, will enter service from 2025, replacing 50-year-old trains.

Finally, and London North Eastern Railway is making a commitment to bring more women into the rail industry by 2025, focusing specifically on train driver roles.

The number of women applying to LNER for driver roles has more than doubled in three years. The company has set a goal to increase 17 per cent of applications from females to 40 per cent by 2025.