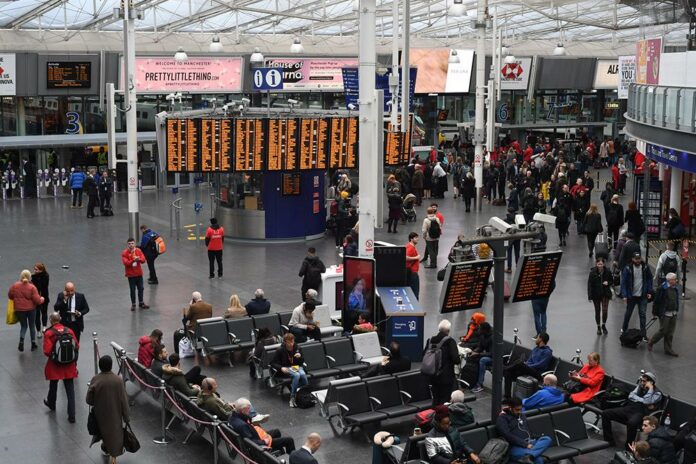 Click here to listen to the latest rail news on Friday, 9th October 2020

We start with the news that rail journeys in Great Britain fell to levels not seen since the mid-19th century in the first quarter of 2020-21, with passenger numbers dropping by 90 per cent on the previous year.

The data from the Office of Rail and Road features in several of the national newspapers, including The Daily Telegraph, revealing that 35 million journeys were completed from April to June, a collapse of more than 400 million on last year.

The numbers fell to lows not seen since the 1870s and have led to renewed calls for flexible season tickets.

Transport for Wales and Network Rail are working together to deliver major improvements to Swansea station for rail passengers.

Network Rail and their partners Alun Griffiths Ltd will be commencing the redevelopment of the station’s platform 4 on the 12th October.

The work includes the total rebuilding and lengthening of the platform, allowing longer trains to arrive and depart from it, and will provide the station with more flexibility.

A steel manufacturing plant is to close this year with the loss of 147 jobs.

In an article in Daily Mail Scotland, Progress Rail Services said the decision to shut its plant in South Queensferry came after Network Rail awarded a five-year contract to overseas suppliers.

Finally, and HS2 Ltd has signed the contract for the first two giant tunnelling machines for London’s HS2 tunnels.

The TBMs are being built by Herrenknecht and will be delivered to the site in the UK by the end of 2021.

The 26 miles of tunnelling between central London and the M25 will be undertaken by HS2’s main works contractor, Skanska Costain STRABAG JV.