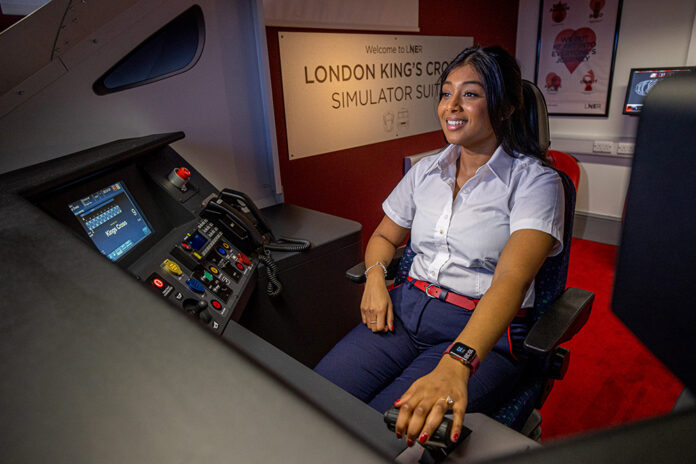 Driving roles currently represent the biggest disparity between male and female applicants. Industry-wide, the 2019 ASLEF Diversity report showed that just 6.5 per cent of train drivers in the UK were women (1). LNER currently has 10per cent of drivers who are female and is aiming to further increase female participation in its driving workforce.

LNER’s People Director Karen Lewis said that more still needed to be done to promote careers in rail to women, including train driver roles. She said: “The rail industry needs to do more to encourage women to consider a career in the sector.

“LNER has a workforce made up of 42 per cent women and some of our female drivers have been with us since the early 1990s. We’re pleased to see an increasing number of applications each year from women who are interested in pursuing careers as a train driver and we’re looking to speak to women who have never considered the industry before and encourage them to learn more.”

The research showed a clear divide in roles that were ‘stereotypically’ male and female when it came to the aspirations of women when they were younger, with 18 per cent wanting to be a nurse or a vet, compared to two per cent considering a career as a mechanic or less than one per cent as a plumber when they grew up.

For more information about driver roles or other careers at LNER, sign up for job alerts here: https://lnerjobs.co.uk/jobs/

Research commissioned by LNER was conducted by Perspectus Global between 24-25 February 2021. A regional breakdown of results is also available. Total sample of 2004 women aged 16-65, weighted and representative of all UK adults (aged 18+).

Plans to further develop a comprehensive, sector-wide risk model have received a major boost with a key appointment by the organisation responsible for driving...
Read more
People

Jacobs is encouraging people to take a few minutes to check in on their wellbeing and encouraging others to do the same. Doing this...
Read more
People

Hull Trains employee in the running for a Guinness World Record

Hull Trains employee Michael Manders, aka Mike the Knight, is suiting up for the London Marathon and has his sights set on breaking a...
Read more