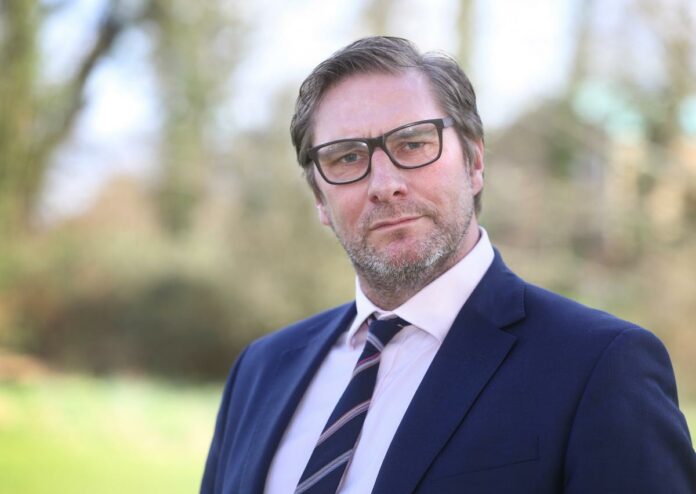 With proposals for Soham train station set to be presented to the public this month, a series of clear, budgeted next steps to bring the scheme to delivery have been laid out by the Cambridgeshire & Peterborough Combined Authority.

Mayor James Palmer has also hailed the positive signs of progress which show the train station is becoming a reality.

In March, Network Rail can start the noise, vibration and light monitoring work on the site which is needed to support the planning application for the station.

And on February 26 and 27 local residents and businesses are invited to see the designs for the new train station at the Ross Peers sports centre. People will be able to talk to members of the project team to raise any questions about the proposals. The Mayor is also attending on February 26 and will be available to speak to.

Mayor Palmer’s focus has been on accelerating the delivery of the station. Through close working with Network Rail, the Combined Authority has identified time savings which will see the station ready by summer 2021 instead of March 2022. Further time savings have been identified which could see a spring 2021 completion, 11 months ahead of conventional timescales. The campaign in Soham to get the station built has been going on for years, but has been frustrated with delays.

The Combined Authority’s Transport and Infrastructure Committee was updated on progress at its February meeting on Wednesday (February 6).

The proposals are currently at the third stage of an eight-stage sequence for the delivery of rail infrastructure, known as the GRIP process. Network Rail is currently working on a station design option that delivers on the Combined Authority’s requirements. This GRIP 3 stage is due to complete in August 2019.

The report to the committee stated that a key next step was developing a strategy which would see the remaining GRIP 4-8 phases, including detailed design, construction and handover, funded as one package. This fresh approach is one of the reasons why the delivery of station can be accelerated. A report requesting the securing of funding to complete the GRIP 4-8 stages is due to come to the Combined Authority Board in autumn 2019.

The Combined Authority assumed responsibility for the project from the County Council in June 2018. The proposals include a new station platform and car park facilities on the site of a former Soham train station, which closed in 1965.

As part of the overall sum requested, around £7 million will be used to ringfence monies to upgrade the station to include a second platform and footbridge. This will futureproof the scheme in line with the proposed package of upgrades to tackle the rail bottleneck at Ely. Part of the Ely scheme could involve a double tracking of the line from Ely to Soham, which would necessitate a second platform.

An overall cost of the single platform station proposal is being worked up by Network Rail to be announced in June 2019.

The project will support the delivery of 1,655 new homes in the town by 2031 as well as supporting its economic growth and attracting further investment. It will better connect people to key employment areas including Ely, Bury St Edmunds and beyond. The station would also reduce pressure on the local road network, particularly the A142.

Mayor James Palmer said: “People in Soham have understandably become disillusioned over what has been a long campaign to get a railway station. They can be forgiven for thinking that it will never happen. But I’ve been clear that Soham station will be delivered, and delivered ahead of schedule.

“I hope that with our clear, budgeted plans coupled with the public information event and activity on the site scheduled for next month, that people can draw confidence that this scheme is very much happening and that this is not another false dawn.

“Significant steps forward are being taken. The project has been allocated funding to bring it to completion and we are continuing to work hard with Network Rail to progress with the next phases as soon as possible.

“By, for example, funding GRIP stages 4-8 together, we will be able to make significant time savings over a conventional approach to delivery.

“In order to support the growth of housing and the local economy in Soham, the town needs a railway station. You cannot effectively deliver growth without having the infrastructure in place, and this station is exactly the sort of scheme the Combined Authority was set up to deliver.

“With growth also planned in Ely, we need to reduce pressure on the A142, while at the same time opening up improved connections for commuters and those in education.

“The Combined Authority will deliver on this long-held aspiration in Soham and I will be working to ensure our ambitious timetable for completion does not slip.”