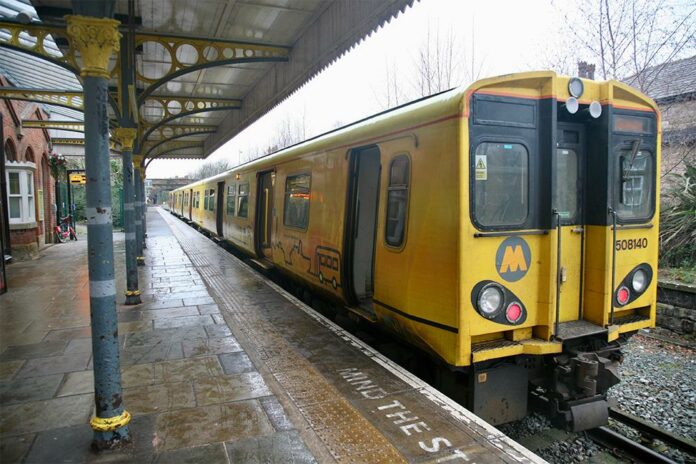 Liverpool City Region Combined Authority, Merseyrail and RMT have reached agreement on the release of back-dated pay awards to guards, withheld since the dispute over their roles on the city region’s new trains commenced in April 2017.

The agreement was reached during talks over the weekend, brokered by Metro Mayor Steve Rotheram.

The dispute relates to the role of Guards on board the new fleet of trains for the Merseyrail network, which are being purchased by the Liverpool City Region Combined Authority, with an overall investment of half a billion pounds. The first new train arrived in the city region for testing last month. Whilst this announcement does not bring the dispute to an end, all parties remain committed to on-going discussions to resolve the final details.

Although an agreement to end the industrial action was reached last year, Merseyrail and RMT are technically still in dispute until the final details of how the trains will be operated are agreed, including sign-off from the Office of Road and Rail regulator.

Pay award increases are usually withheld during industrial disputes, however the three parties agreed that the back-pay, which has already been accounted for, would be released earlier than planned so as to alleviate any potential financial hardship that Guards might experience due to the Coronavirus crisis.

“For many though, there are also issues of financial security too. I don’t want anybody in our region to be worried about their household income, so I am pushing the Government on matters affecting peoples’ incomes, such as more support for the self-employed.

“Locally we should do all we can to support people, so I am glad that we have been able to come to an agreement that means Merseyrail guards will receive early any back pay owed to them. During these challenging times, it is important that we all pull together and do our bit. I am happy to have helped Merseyrail and the RMT to do that here.”

Merseyrail Managing Director Andy Heath said: “We recognise the impact that the ongoing Coronavirus pandemic is having on the communities we serve. This includes our Guards and their families. Whilst the current dispute between Merseyrail and the RMT still needs to be resolved, we believe that taking the step of releasing these payments to Guards in their next pay packet is the right thing to do. In uncertain times, it’s important that we all pull together to keep the City Region’s key workers moving.”

RMT Regional Organiser John Tilley said: “We are working in strategic collaboration throughout the Rail industry during this crisis. RMT members are in the front line working to maintain a service across the Nation and the City-Region. It is right that we support them in their efforts. RMT welcomes this decision to release back-pay that has been withheld for so long. This will help relieve any financial concerns our members families have at this difficult time.”

RBD Stride has taken another leap forward with a new appointment to support its ever-growing rail customer base. Tom Smith has taken up the role...
Read more
Social Responsibility

Northern’s Nick Donovan and Graham Shorter and Journey4’s Jonathan Booth discuss their innovative strategy to drive change for the train operating company It has been...
Read more
- Advertisement -