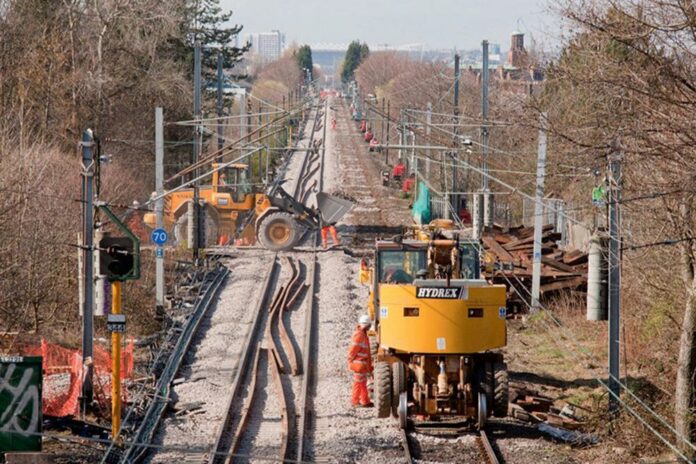 Major track replacement work is to be carried out on the Tyne and Wear Metro network during August.

Nexus, the public body which owns and manages Metro, is undertaking the latest phase of an £8m track renewals programme in Gateshead and South Tyneside.

A 1.8km stretch of line between Heworth and Pelaw will be replaced.

A frequent replacement bus service, including express buses, will be provided during the closures and customers are advised to plan their journeys in advance and allow plenty of time to travel.

The works have been packed into weekends as Metro carries fewer passengers at these times, allowing the for the least possible amount of disruption to people’s journeys.

Chief Operating Officer at Nexus, Martin Kearney, said: “We’re carrying out major track renewal work south of the Tyne during August. This will ensure that Metro is in good shape for the autumn and years ahead as the economy starts to recover.

“This is the culmination of an £8m track renewal programme throughout Gateshead and South Tyneside, which has been ongoing over the last 12 months. The focus is on the renewal of a 1.8 kilometre section of track that runs from Heworth to Pelaw.

“This project will mean disruption to our customers over four consecutive weekends and I apologise in advance for that. By packing the work into weekends are keeping the amount inconvenience to an absolute minimum.

“These are key Metro routes and they are vital for the communities that we serve, so we have to ensure that they are ready to carry trains for many years to come.”

Track beds, sleepers, and rails will all be replaced during the project. A total of 2,600 railway sleepers will be installed on top of 6,400 tonnes of new track ballast.

The RMT has said its members will not take industrial action over a dispute at Euston and Green Park stations on June 3. Progress in talks with...
Read more
Train Operating Companies

Northern is delighted to confirm that it has been awarded the Gold standard to the internationally recognised Investors in People scheme.  The north of England...
Read more
- Advertisement -