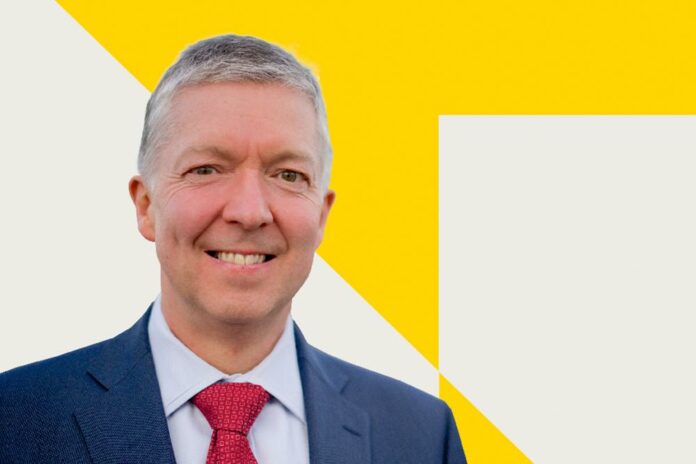 Mark has worked with Mott MacDonald for over 30 years and has championed the use of digital technology to improve infrastructure design and operation, to transform client businesses and improve social outcomes.

As Mott MacDonald’s chief technical officer he is accountable for technical excellence across the Group. A keen champion of innovation in the context of collaborative delivery models, Mark is particularly interested in transformational change in the infrastructure industry, including systems-thinking, connected digital twins, data infrastructure, low-carbon sustainable solutions and the circular economy in the built environment.

Mark is the chair of the Centre for Digital Built Britain’s Digital Framework Task Group and contributes to the leadership of the National Digital Twin programme. He was the Digital Transformation workstream lead on “Project 13” for the Infrastructure Client Group, which represents the UK’s major infrastructure client organisations and he was the lead author of the Infrastructure Carbon Review, published by HM Treasury.

Mike is an independent member of Mott MacDonald’s shareholders’ committee, providing support, oversight and challenge to the executive board, while advising on strategies and key issues, and endorsing significant decisions and actions. He was previously Commissioner for Transport for London, where he was responsible for all public transport in the capital and oversaw one of Europe’s largest and most complex major investment programmes. Before becoming Commissioner, Mike was managing director of London Underground and London Rail for five years, and prior to this he was managing director of Heathrow Airport.

As chair of the Restoration and Renewal Delivery Authority for the Houses of Parliament, Mike is overseeing the modernisation of the Palace of Westminster. He also led the UK Government’s Strategic Transport Apprenticeship Taskforce which seeks to create new, high quality apprenticeships, improving diversity in the transport sector and working across industry to promote transport careers to young people and their influencers.

Mike Haigh, Mott MacDonald’s executive chair said: “I am delighted for both Mark and Mike, these honours are deserved recognition of their work and the contribution they have made to the industry. As a colleague for many years, Mark’s enthusiasm and relentless focus on excellence and digital innovation, encapsulates our purpose and through this our commitment to improve social outcomes in the communities we work in.

“Both Mark’s and Mike’s devotion to improving the way infrastructure is designed, delivered and operated is outstanding, as is their desire to share their learning across the industry and these awards are a testament to that.”

Plans to further develop a comprehensive, sector-wide risk model have received a major boost with a key appointment by the organisation responsible for driving...
Read more
People

Jacobs is encouraging people to take a few minutes to check in on their wellbeing and encouraging others to do the same. Doing this...
Read more
People

Hull Trains employee in the running for a Guinness World Record

Hull Trains employee Michael Manders, aka Mike the Knight, is suiting up for the London Marathon and has his sights set on breaking a...
Read more