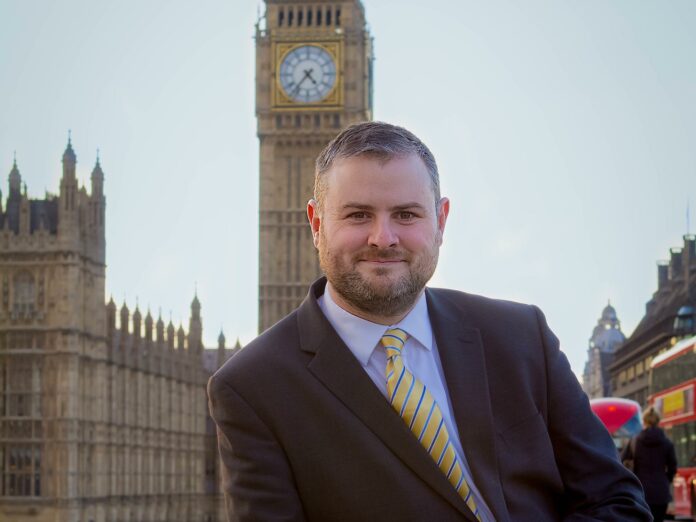 The new minister for Northern Powerhouse Rail and HS2 has spoken of his vision for the major transformations.

Andrew Stephenson was named as Transport Minister in the recent reshuffle and given the responsibility for HS2 and Northern Powerhouse Rail earlier this month.

Speaking at a conference in Manchester, he said it is a huge honour to be given responsibility for “the 2 biggest and most important rail projects for the north of England since the Victorian era”.

He said: “This is an historic challenge. But it is also an unprecedented opportunity to reverse decades of underinvestment in our northern railways, to fire up the northern economy, just as the original railways did and to create the capacity and the connections that I believe will redefine rail travel for northern passengers.”

The MP for Pendle spoke of a new £4.2 billion fund to deliver cleaner, greener buses, trains, cycleways and wider roads and the plans to rebuild the line which were lost during the Beeching cuts in the 1960s and ’70s.

He said: “To really address overcrowding on the network, and provide the connections required to stimulate renewal across the north, we need to build new capacity. New rail links north to south, and east to west.

“That’s why we’re going ahead with both HS2 and Northern Powerhouse Rail. They are both crucial to our future prosperity.”

“The entire energy of government must now be behind this project.”

The Transport Minister told the audience that HS2 will transform journeys, liberate new capacity on the existing railway and connect communities, unleashing their potential.

He said: “I am proud to be a northern MP, tasked with ensuring these historic projects are delivered and run for the benefit of the people here.

“But that also means we have to have realistic, pragmatic and hard-nosed management of the costs, and a determination to unleash benefits that will revitalise the north.

“I’ve been a long-term supporter of HS2. But I’ve equally watched with deep concern as costs have risen and deadlines have been put back. Very simply, that can’t continue.

“We need to have a much better, improved approach from HS2 Ltd this time. The company has a new budget for Phase 1, and now must deliver it. No ifs, no buts.

“Community engagement must improve too. Too many times I’ve heard stories of unacceptable treatment of those impacted by this line.

“There will be disruption, we can’t avoid that. But we must manage this work professionally and efficiently, while always being sympathetic to those affected.

“And finally, we need tangible, stringent measures to ensure accountability. So everyone knows their responsibilities. With forensic scrutiny from a dedicated minister invested in its success.

“Now I know that HS2 is up to this challenge. It has some fine minds and excellent people working on the project. But it needs to regain the public’s trust. The entire energy of government must now be behind this project.”

Next steps to improvements to the railways.

The MP says the Government will be bringing forward legislation for the high-speed line into Manchester as soon as practical. However, before those designs are finalised, they are going to be presenting one Integrated Rail Plan for the North and Midlands.

He said: “The plan will examine how HS2 and Northern Powerhouse Rail can best work together, alongside wider investment in Transport for the North and the Midlands.To make sure people see the benefits of better services as quickly as possible.

“I am personally committed to ensuring the north and Midlands are fully engaged and consulted throughout the Integrated Rail Plan process. I will lead this programme, and will engage formally with leaders, TfN and Midlands Connect Boards.

“But let me be clear. By keeping a firm grip on the cost, by ensuring communities are treated with care and respect and by making sure the voices of local people are taken into account throughout. We will succeed in doing something no government has done for well over a century. By building a modern railway network for the north and Midlands that will finally level up our country.”

Balfour Beatty has announced that Lee Hewitt will be the UK Health, Safety and Environment Director. Lee moves into his new role on 5 September,...
Read more
HS2