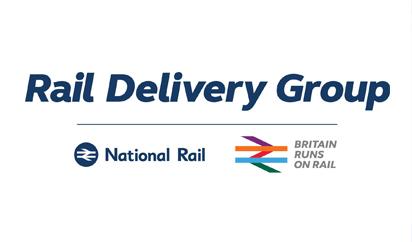 A new, independent organisation should be established to enhance accountability and enable a more joined-up, long term approach to decisions about the railway, an industry leader said today.

Paul Plummer, the chief executive of the Rail Delivery Group, which represents Network Rail and train operators, told a conference of senior industry figures that the government’s independently chaired Williams Review presents a unique opportunity for real, lasting improvements. Speaking at the Accelerate Rail conference in London, he said that a new organisation could ‘prevent the railway from being used as a political football.’

“We are developing ideas for bold, structural, once-in-a-generation reform of the railway based on evidence. We are gaining insights from the people who use our services. We are listening to people who work on the railway. We are looking to the best railways in countries and cities around the world.

“Too often at the moment, the lines of accountability are blurred, and the public doesn’t know who is responsible for which part of the system. There are too many bodies, some with conflicting remits and competing agendas.

“Ministers understandably feel they are left on the hook for day-to-day problems. Rationally, they often attempt to off-set political risk through constrictive contracts, but that means companies’ ability to innovate, adapt and evolve is curtailed. The industry can be perceived as risk averse, sticking too rigidly to the minutiae of the contract and sometimes overlooking the bigger picture. That leaves passengers with a railway that is not responsive enough to their needs.

“So that’s why we are calling for a new arms-length organising body to implement national rail policy, and prevent the railway being used as a political football. It would allow politicians to step back and concentrate on the big questions of what they want the railway to achieve for communities and the country. Train companies and Network Rail could focus on what they do best – innovating and creating to deliver better for their customers.

“This new body, responsible for setting strategy, objectives and targets and for holding the industry to account must be separate from the organisations responsible for running the railway, both track and train. The pupils cannot mark their own homework.

“Our vision for a new arms-length body for the railway in England & Wales must be different to what has gone before. Unlike previous attempts, it should have real autonomy and real powers. It should have the best people and leadership. If done right, it would swiftly become a trusted and respected player in the field.”

Midlands Connect has announced that it has signed a new collaboration agreement with the UK Government. The deal, Midlands Connect says, consolidates its position as...
Read more
Government

In the hopes that people will travel more sustainably over the busy winter season, Campaign for Better Transport is calling on the UK Government...
Read more
Government

Knorr-Bremse has announced it is a founding member of Europe’s new joint undertaking in rail. The systems manufacturing business is one of 25 companies coming...
Read more
- Advertisement -