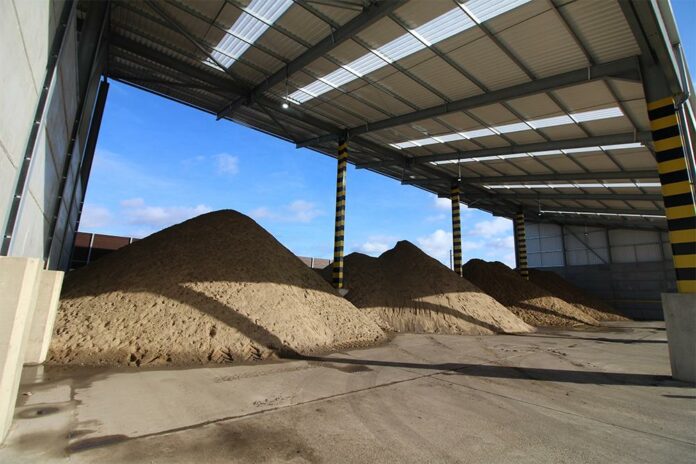 Operations have now started at the 151-hectare site off Edgware Road which will facilitate the movement of large volumes of aggregates and spoil into and out of the capital.

The new terminal provides a faster, more efficient and environmentally-friendly alternative to the movement of materials by road, with each freight train carrying the equivalent of around 76 HGVs.

Tarmac and FCC Environment have already started operations at the site with discussions ongoing between DB Cargo UK and a number of other potential operators for the two remaining vacant plots.

Yesterday the Government announced plans to gradually ease restrictions on social-distancing in a bid to bring the UK economy back to life – the construction sector is seen as key to driving the economic revival.

Roger Neary, DB Cargo UK’s Head of Sales, said the new terminal at Cricklewood was of significant strategic importance and would support major construction projects like HS2 and the ongoing regeneration of Brent Cross.

He said: “Our new rail freight terminal at Cricklewood will complement our existing operations at Bow East, Acton and Barking, providing a major boost for the capital’s construction supply chain.

“The new facility has been sympathetically-designed to minimise the impact on the neighbouring community and has a major role to play in helping the Government meet its challenging target of net zero greenhouse gas emissions by 2050.

“Some of the freight trains using this site will carry up to 1,500 tonnes of construction material a day, which can equate to around 375,000 tonnes per annum. Considering the fact that each train generates around 76% less emissions than their road equivalent, that’s a significant reduction in air pollution.”

Download article
Previous articleGB Railfreight Colonel Tom Moore miniature train raises £140,000 for NHS
Next articleNew guidance published to ensure transport network is safe for those who need to use it

The Railway Industry Association (RIA), the voice of the UK rail supply community, has launched Unlocking Innovation 2023, with a packed programme including a...
Read more