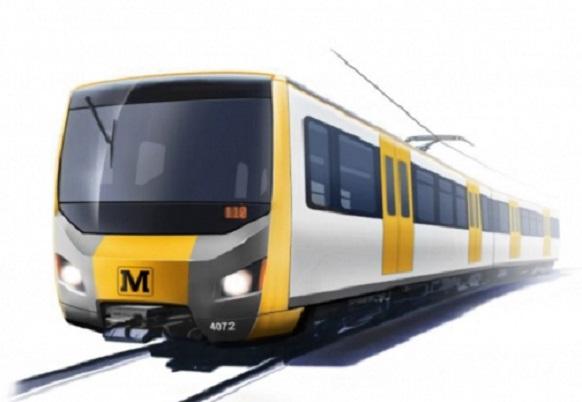 Nexus, the public body which owns and manages the Tyne and Wear Metro, has won approval to build a temporary train maintenance depot in North Tyneside.

The new depot, which is to be located on a former landfill site on Wallsend Road in Howdon, will be used as a maintenance facility for some of the current Metro fleet while the main Metro depot at South Gosforth in Newcastle is rebuilt.

The temporary depot will also play a key role in the phased delivery of the new Metro fleet, which is scheduled to begin arriving at the end of 2021.

Nexus has secured Government grant funding of £337m towards the projected £362m cost of designing and building a new train fleet.  This and the ongoing maintenance of the fleet over 35 years makes the total contract value about £500m.

Managing Director of Nexus, Tobyn Hughes, said: “As Metro and its staff transition to these new facilities over the coming years we need a temporary depot, which will be at Howdon in North Tyneside.

“This site will be used to carry out routine fleet maintenance work when we are rebuilding the main depot in South Gosforth. It will allow us to stable up to ten Metro trains at a different location as the building work progresses.

“The Howdon depot will also play a vital role as the new Metro fleet starts to arrive in late 2021. It will be the access point where we take delivery of the new trains in what will be a phased programme of deliveries.”

The site will first be used for overnight maintenance work on up to ten Metro trains during the redevelopment of the Gosforth depot and enter into a long term maintenance contract.

Nexus has already begun detailed negotiations with five short listed bidders to who are vying to design and build the new Metro train fleet.

The winning bidder will be announced at the end of next year.

The successful bidder will design, build and maintain a fleet and maintenance facilities that will serve Metro for 35 years, including a new depot at the existing site in Gosforth, Newcastle.

A detailed specification takes account of consultation with more than 3,000 Metro passengers in 2016 and 2017, followed by market engagement with train builders to refine the plans.

The shortlisted bidders are challenged to design trains which will operate efficiently and robustly, supplying a step change in Metro availability and performance, with a bright modern appearance.

Nexus wants to see trains which improve passenger flow and dwell times at stations through improved seating layouts, wider doors and stand-back areas, wide aisles, and a layout to encourage flow of passengers through the vehicle.

This is also aimed at improving passengers’ sense of security, accessibility for all and providing space for large items and luggage.  There will be improved digital connectivity for passengers and air conditioning.

The successful bidder will also be responsible for maintaining the current fleet of trains to ensure there is a smooth transition between the old and new fleet between 2022 and 2024.

The travel sector has the second worst reputation for customer service, new research has found. As part of its new Make Every Conversation Count report,...
Read more
Load more
- Advertisement -