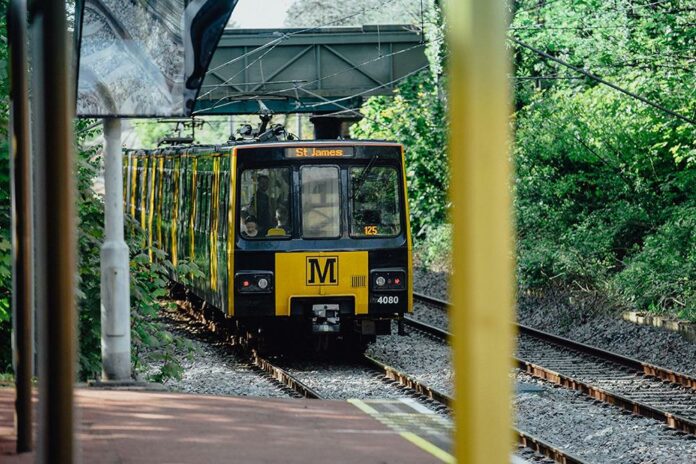 A dedicated operation to help tackle anti-social behaviour on the Metro network has proved to be a success.

And officers have vowed that there will be plenty more activity to come.

The operation was launched following an increase in reports relating to anti-social behaviour, including young people congregating in and around stations or travelling on the system and acting in an unacceptable way.

Taking place last Thursday and Friday, it saw a push on engagement, education and enforcement.
There was a heightened visible police presence and additional plain-clothed officers deployed on Metro lines keeping a watchful eye.

Over the two days, officers and partners engaged with more than 800 people, mainly youths, and talked to them about the dangers of the Metro and the impact anti-social behaviour has on passengers.

Outreach workers were also on hand to suggest safer places to spend their time.

As a result of the operation, 21 young people were identified for further intervention through a range of services.

Meanwhile, where engagement and education was not enough – 323 bylaw penalty notices were issued for fare evasion.

There were also seven arrests for offences such as criminal damage.

“The two-day operation saw over 30 of our staff take part in patrols in hotspot areas, talking to passengers and deterring anti-social behaviour.

“We issued 323 penalty fare notices and we’re keen to continue with the momentum from the operation.

“We invest over £1million a year in policing the Metro, as well as investing in our own teams, plus CCTV in every station and on every train and we won’t tolerate any anti-social behaviour or criminal activity on our network.”

Chief Inspector Ron Charlton, who led the operation, said: “This operation was all about tackling a rise in concerns about anti-social behaviour and assuring passengers that police and partners are committed to making sure they can enjoy a safe and trouble-free journey.

“It was great to engage with so many young people and have constructive conversations about how their actions and the choices they make could potentially impact not only their lives but those of others.

“I would like to thank all who supported this initiative and helped ensure it was a success.

“I also want to make it clear to everyone who uses the Metro that our work is far from done and there will be plenty more activity to come.

“We have a dedicated team which works along the network, and this operation was designed to build on the excellent work which already takes place to keep passengers safe.”

Northumbria Police and Crime Commissioner, Kim McGuiness, said: “People have a right to feel safe on their Metro, and Operation Hermes was a great reminder that we will not tolerate bad behaviour.

“It was great to see this focus on making that message clear and deterring further anti-social behaviour.

“But we know more needs to be done to put a stop to this. I’m working to rebuild youth services in our region to keep young people out of trouble, and I know Northumbria Police will continue to patrol the Metro system and reassure the public that they are there for them.”

Anyone with concerns while travelling on the Metro is encouraged to speak to an officer.