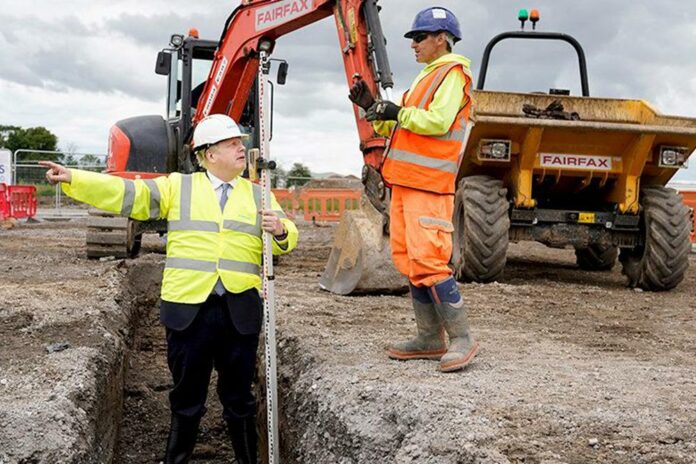 Speaking at the Conservative Party conference he described our national infrastructure as “way behind some of our key competitors”.

He said: “It is a disgrace that you still can’t swiftly cross the pennines by rail, a disgrace that Leeds is the largest city in Europe with no proper metro system, a waste of human potential that so many places are not served by decent bus routes.

“Transport is one of the supreme leveller-uppers, and we are making the big generational changes shirked by previous governments, we will do Northern Powerhouse Rail, we will link up the cities of the midlands and the north.”

NPR is a major strategic rail programme, specifically designed to support the transformation of the North’s economy by providing effective and efficient rail connectivity between the North’s major economic centres, offering a faster and more reliable service across the entire region.

Responding to the Prime Minister’s speech at the Conservative Party Conference, Tim Wood, Transport for the North’s Director of Northern Powerhouse Rail, said: “It was good to hear the Prime Minister say that the greatest challenge for the country was levelling up its economy and its society and that building Northern Powerhouse Rail was central to that. Like us, he recognised that poor rail links across the North are contributing to the national imbalance in our economy and called transport “the supreme leveller-upper”.

“We have worked collaboratively with the Government over the past two years to come up with a blueprint for a new rail network that will free the North from the constraints of poor infrastructure that have held it back for far too long.

“We need now to move at pace to make this NPR a reality. We stand ready to work with the Government to deliver for the North and for the whole country.”

The pan-regional benefits of Northern Powerhouse Rail were revealed in new analysis by Transport for the North earlier this week: click here to find out more.

Louise Haigh MP has been announced as the new Shadow Secretary of State for Transport. Commenting on the news she Tweeted: "It has been...
Read more
Infrastructure