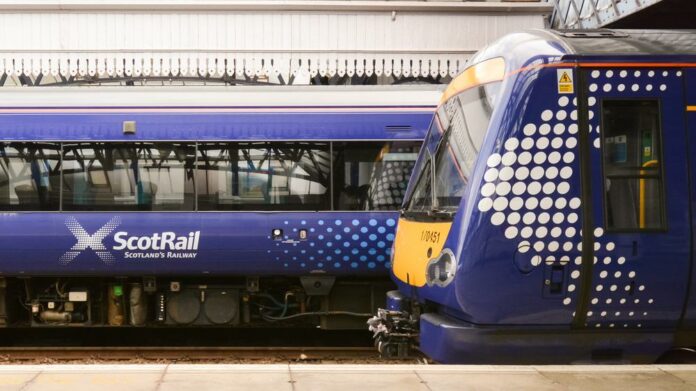 The public and the many people who helped deliver Operation Unicorn in Scotland are being praised for playing their part.

In what is widely regarded as the biggest logistical exercise for decades, Scotland staged a series of ceremonial events over five days and a cortege which travelled 175 miles through Aberdeen, Dundee, Perth, Fife and Edinburgh.

Organisations from across the country joined forces to put in place detailed and complex security, travel, public safety and other arrangements for a series of events in the space of 48 hours.

Interim chief executive of Transport Scotland Michelle Quinn said: “We thought the recent COP26 event in Glasgow would be unprecedented, however Operation Unicorn took planning to a different level, and the circumstances will never be repeated.

“What impressed me most was the way Scotland pulled together to pay tribute to Her Majesty the Queen at such short notice and with such professionalism.

“There were many people involved behind the scenes and the public played a key role by listening to travel advice and being patient and kind, even when waiting in queues. Everyone played their part in difficult and sad circumstances to deliver something we will all look back on one day with a great sense of pride.”

Alex Hynes, Scotland’s Railway managing director, said: “We are incredibly proud to have been able to play our part in helping people pay their respects at the ceremonial events in Scotland.

“More than 100,000 people passed through Edinburgh Waverley on Monday alone, and we did everything we could to make travelling as convenient as possible.

“We had extra staff on hand to help as people visited the capital and we hope everyone who travelled on Scotland’s Railway felt supported as they honoured Her Majesty The Queen.”

Head of major events resilience at Transport Scotland Stein Connelly said: “We will of course review the events of the past few days to see if there are any lessons for future events and operations. However for now, we should all be very proud for giving the Queen such a fitting tribute.

“Transport and travel partners played a significant role, working with local authorities and Police Scotland to co-ordinate the travel plan and cortege route for Operation Unicorn. We are proud and pleased to have showcased Scotland to millions of people around the world, in a positive light.”

The Railway Benefit Fund (RBF) have today relaunched their Energy Support Fund, in reaction to the increased cost of living many are expected to...
Read more
Passenger

The North Yorkshire Moors Railway (NYMR) has announced a new partnership with Visit England - an initiative to promote the North York Moors and...
Read more
People

George Barclay has been appointed as the Bluebell Railway’s new safety and assurance director.  He joined British Rail Scottish Region at 16 years of age...
Read more