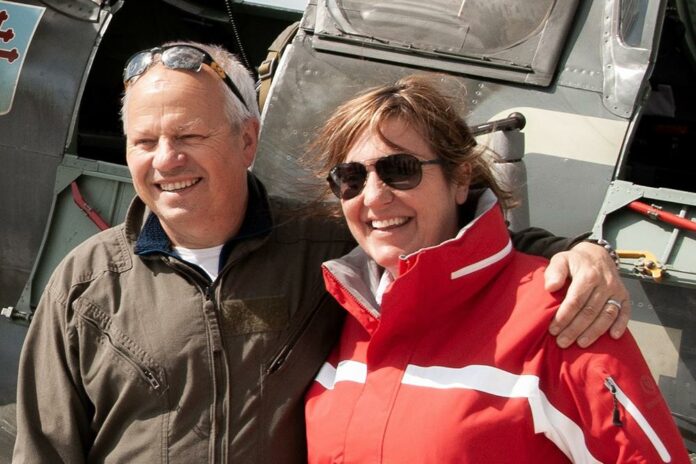 An Officer of the Order of the British Empire (OBE) medal has been awarded to industry leader and entrepreneur Colin Flack in the Queen’s Birthday Honours 2020. The Queen’s Birthday Honours list recognises the achievements and service of people across the UK and along with the New Year Honours, they are the most significant announcements of civilian and military awards.

The award has been given especially to recognise Colin’s sustained leadership and commitment to industry, in particular his contribution to championing and supporting the UK rail supply chain in addition to his role as Independent Chair of the Birmingham Airport Consultative Committee (ACC) and national Chairman of the UKACC; which is the body representing all ACC’s.

Colin began his career in the British Army in 1978 as a serving soldier and went on to graduate as an Officer at the Royal Military Academy Sandhurst. At the height of his military career, Colin achieved the prestigious rank of Colonel. He is a veteran of Northern Ireland, Gulf War and Kosovo having seen operational service all over the globe, he even learnt to speak Nepali while serving with the Ghurka’s in Hong Kong in the 1980s.

After leaving the military in 2010, Colin and his wife Ruth Flack took over ex MOD Royal Engineers Central Depot in Long Marston, Warwickshire and set up Quinton Rail Technology Centre (QRTC). Taking it from a derelict site, QRTC has grown to such an extent that today it is recognised as a significant rail business hub and one of just four Testing Centres of Excellence (the others are owned by Network Rail and Transport for London), and the largest specialist off-lease rolling stock storage site in the country. QRTC is also the home of Rail Live; an event first held in a carpark in 2012 and now recognised as Europe’s largest outdoor railway show. It was Colin who led the original team that transformed Rail Live into what it is today, and now partners with Bauer Media (Rail Magazine) to deliver the event every year.

The site has also built an outstanding reputation for successfully supporting innovative and specialist businesses. Vivarail’s battery train and the Porterbrook/Birmingham Centre for Rail Research and Education’s HydroFLEX are just two examples of innovation excellence taking place at QRTC that simply would not have happened without Colin’s vision, persistence and leadership.

Whilst setting up QRTC, Colin also began working with the Manufacturing Advisory Service based in the Midlands during a time when the automotive industry took its downturn in 2010. It was then that he intuitively identified an opportunity to help SMEs redirect skills and capability into the rail sector. This was the beginning of the Rail Alliance, which quickly became the largest rail trade association in the UK backed by a dedicated team led by Colin; and supported, inspired and nurtured literally 100s of small businesses. Colin has long been an advocate of bringing industry and academia together, and as an Honorary Research Fellow at the University of Birmingham (Centre for Rail Research and Education), has used this strong relationship to full advantage, with the Rail Alliance now fully integrated as part of the university.

In 2014, Colin became one of the key players in forming the Rail Supply Group – the only rail body to have members from government and the private sector, focusing on supporting and enhancing the rail supply chain, from SMEs to multi-national companies across the UK. This laid the solid foundations to what eventually saw the successful signing of a rail sector deal to seal the official partnership between government and industry on addressing key issues specific to the rail industry.

Alongside his work with industry, Colin is also passionate about raising funds for good causes and has embarked on various major fundraising initiatives over the years, including cycling 900 miles from Land’s End to John o’ Groats and running the London Marathon several times. The Railway Children charity has been a particular charity that Colin has had an affiliation with and has personally dedicated time and energy in finding ways in which to support fundraising activities. The much anticipated Rail Live dinner held annually and headed up by Colin has become a very effective fund raising mechanism with thousands of pounds raised over the years.

Colin said: “It was a total surprise to discover that I had received this award. I am humbled beyond belief to have been nominated and feel honoured that the work I’ve been involved in over the years has been recognised in one of the most significant ways possible. Helping SMEs is a real passion of mine. The ultimate reward for me is to see businesses with great ideas and a desire to succeed, not only do well, but to really thrive particularly during tough times in an industry that isn’t always the easiest to navigate.”