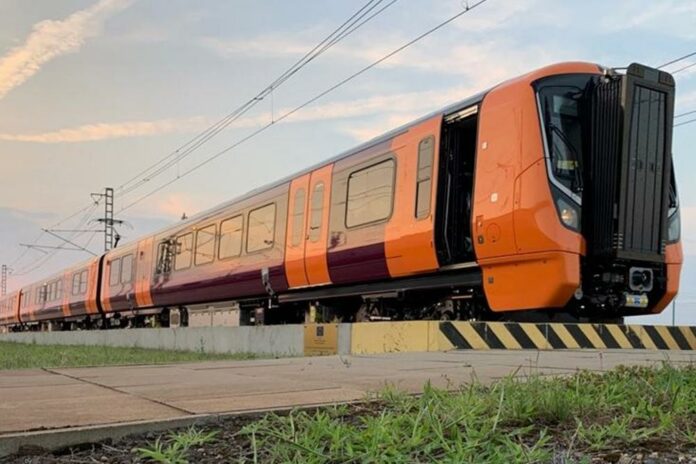 Rail passengers in the West Midlands have been given a sneak peek of the brand new electric train fleet which is set to revolutionise travel on Birmingham’s Cross-City Line.

West Midlands Railway (WMR) is introducing dozens of new state-of-the-art electric trains to the route, which runs between Lichfield, Bromsgrove and Redditch, via Sutton Coldfield and Longbridge.

WMR managing director Julian Edwards was joined by West Midlands Mayor Andy Street to inspect the new Class 730 fleet on the production line of manufacturer Bombardier at its base in Derby.

Construction of the first train of the new fleet has been completed and the unit is currently undergoing testing in Europe ahead of its expected introduction into passenger service next year.

WMR has ordered 36 new trains – a total of 108 carriages – for the Cross-City Line, with sister company London Northwestern Railway taking a further 225 carriages for its West Coast Main Line services between the West Midlands, Liverpool and London.

Julian Edwards, managing director of West Midlands Railway, said: “These superb new electric trains will enhance the travelling experience for our customers and I am delighted to see for myself that progress has been continuing apace despite the challenge of coronavirus.

“This is one of two new fleets we are introducing as we increase our capacity by 25% as we continue to welcome passengers back to the railway.

“Now more than ever our £700m investment into our new train projects will play a vital role in the future of train travel in the West Midlands and beyond.”

Andy Street, the Mayor of the West Midlands, said: “These state-of-the-art trains will make a real difference to commuters on the Cross-City Line, not only with their modern new features but by adding extra capacity onto a line that has been a victim of its own success. These electric trains are an even greener alternative to the car and are key in the fight against air pollution and climate change.

“Public transport has been one of the real success stories of the West Midlands in recent years, with every mode – train, bus, and tram – seeing an increase in patronage. Clearly coronavirus has stalled that progress but we must not get knocked off course.

“It is crucial we continue to invest in our network to improve services for passengers and it is brilliant to see West Midlands Railway doing just that and pressing ahead with its planned £700m investment.”

Matt Byrne, President UK & Ireland Bombardier Transportation said: “These cutting-edge AVENTRA trains will transform journeys for WMR’s passengers in the West Midlands. Designed and built in Derby they really are made in the Midlands for the Midlands.”