Railfuture’s Rail Blueprint for the North 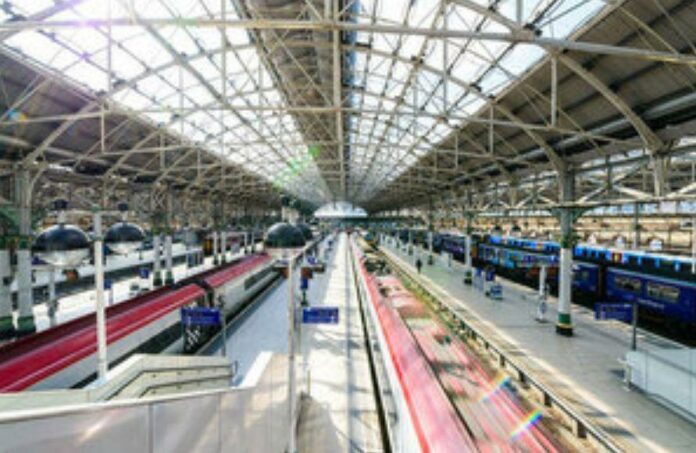 Railfuture Policy Director Ian Brown CBE FCILT contends that rail cannot make any meaningful contribution to growing the North’s economy, or even realise the benefits of new rolling stock and services about to be delivered, without investment in core routes and core stations to enable a further doubling of journeys over the next 15 years.

Railfuture is strongly represented in the North with three active branches – North East, North West and Yorkshire. This gives it the advantage of geographical coverage, on the ground contacts with the rail operators and direct dialogue with stakeholders. Railfuture is non-political and focussed on campaigning for a bigger, better railway for passengers and freight customers.

“Campaigning has to be sustainable in economic terms and feasible in terms of potential delivery. This is not about the nostalgia of recreating a bucolic past that exists more in the mind’s eye than social reality, it is about making a proper business case for serious investment in the railways in Northern England”  says Ian. “Any investment case must be based on opportunity, and in railway terms, can investment in a fit-for-purpose rail network assist with addressing such opportunity?”

Any blueprint for the North should bring benefits to the whole region by treating the many important cities as a single economic region. Railfuture’s Rail Blueprint for the North sees the cities of Chester, Liverpool, Preston, Manchester, Sheffield, Bradford, Leeds and Hull as a single sub-region with a large economy and a combined population of 7 million, justifying a huge improvement in rail capacity.

Without investment in capacity at, and on the approaches to the core stations in Manchester (Piccadilly, Oxford Road and Victoria) and Leeds even current investment is unlikely to make much difference. All four of these are creaking under the weight of the existing services without the growth projected in any blue print.

Railfuture’s Rail Blueprint for the North provides the economic context, the regional governance and service franchise and concession proposals, together with Network Rail oversight via the established Network Rail funding structures, to achieve this. The Railfuture branches in the North will be responding to this initial strategy with a coordinated action plan for particular topics on how our railways in the north can meet this challenge in terms of a growing railway, more accountable to the North, fulfilling its transportation, economic and environmental potential.

The Prime Minister was left with a depleted audience at the Conservative Party conference after today’s rail strikes saw an early exit yesterday for...
Read more
Infrastructure