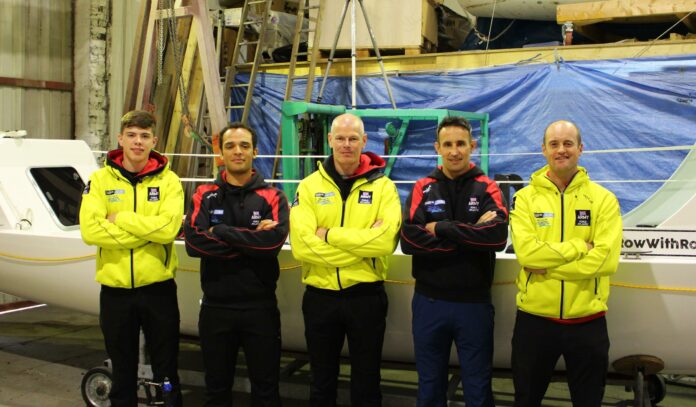 RSS Infrastructure Ltd has announced that this year the company is proud to be supporting the British Armed Forces ‘Force Atlantic’ rowing team as a ‘Gold’ sponsor for the ‘Talisker Whisky Atlantic Challenge,’ otherwise known as the ‘World’s Toughest Row’.

As the premier event in the ocean rowing calendar, the ‘Talisker Whisky Atlantic Challenge’ brings together teams from all walks of life united by the same objective: to take on the unique challenge of crossing over 3000 miles of treacherous ocean. The race brings together around 30 teams from across the globe who will begin their journey in the village of San Sebastian in La Gomera and will finish in Antigua.

The Force Atlantic team are the first official British Army team to enter the event and they have the daunting task of getting the boat safely to the other side whilst overcoming a series of obstacles including; contending with the mental anguish that the ordeal will bring as a result of the solitary lifestyle whilst on board as well as sleep deprivation, salt sores, and physical extremes inflicted by the race.

Speaking about how the team met and their motivation for taking part, Captain Alex Walsh, Project Officer, said: “The team of four met through a mutual desire for adventure and a commitment to support the Army Foundation College. This institute has helped to transform the lives of over one-thousand 16-17-year olds who come from disruptive backgrounds; often from broken homes, failed by their schools and disengaged from training, education and employment. However, through a structured programme, which is renowned for providing the best soldier basic training system in the world, these young people are moulded into leaders who ultimately help to protect and service our way of life. Our primary aim, therefore, is to demonstrate the travel, adventure, competition and challenge opportunities that the Army lifestyle offers to young people.”

“We are also raising money for the ABF The Soldiers’ Charity.  This incredible organisation has a vision that all soldiers, veterans and their families should have the opportunity to avoid hardship and enjoy independence and dignity. Please help us to raise money for this worthwhile cause.”

Richard Toy, CEO of RSS Infrastructure Ltd, said: “We are immensely proud of our partnership with the British Armed Forces and the ‘Force Atlantic’ team.  Through this sponsorship we hope to do our part to alleviate the pressures that both those serving and ex-service experience on a daily basis.”

“RSS Infrastructure believes that all employers should adopt a company culture that is respectful of the dedication shown by those working within the Armed Forces.  As a forces-friendly employer we have adopted a number of policies and procedures aimed at supporting those leaving the Armed Forces and transitioning to ‘Civvy Street’. The company has also developed a bespoke training programme which is tailored to the needs of service leavers and offers an extensive array of competencies needed to operate within the infrastructure sector. This support has ultimately led to the company being awarded the silver Armed Forces Covenant award for the Employer Recognition Scheme.”

Despite the impact of Strom Arwen, Network Rail has successfully demolished and replaced the bridge over the railway at Lynebeg, south of Inverness on...
Read more
Infrastructure