The Health Secretary calls for full service on London’s Underground 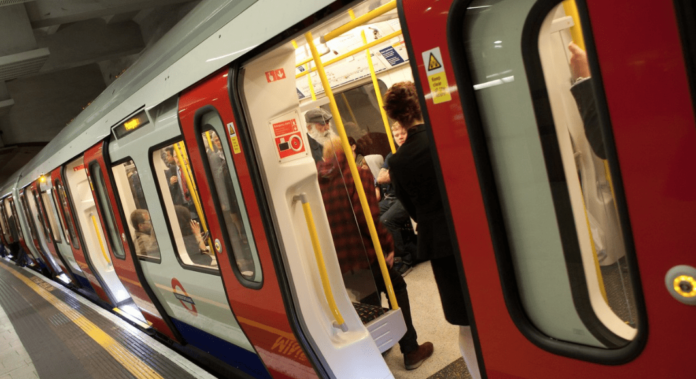 The Health Secretary Matt Hancock has called on Transport for London to run a full service on the Underground.

It’s after photographs have been circulating of packed trains since services were reduced.

This is despite of Government warnings that people should not be in close proximity of each other in attempts to stop the spread of coronavirus.

Speaking at Tuesday’s coronavirus update, Matt Hancock said: “Transport for London should have the tube running in full so people travelling on the Tube are spaced out and obeying the 2-metre rule wherever possible.

“There is no good reason in what I have seen that the current levels of Tube provision should be as low as they are. We should have more Tube services running.”

The reduction in services comes following the Government’s advice to stop non-essential social contact to ensure a safe and reliable one to enable London’s critical workers who need to make essential journeys.

General Secretary, Manuel Cortes, said: “The idea that the Tube can run with a normal service level is utter nonsense. Thirty per cent of Underground staff are either off sick as a result of COVID-19 or in self-isolation.

“Also, to have a normal service suggests to the public that it’s business as normal. Plus the cuts to staff numbers implemented by our current Prime Minster as Mayor of London has left no effective cover for those off sick.

“Our members need the space to carry out their duties on the Tube, making sure services for key workers are able to run smoothly and safely.

“As I have said, Ministers must come forward today with measures guaranteeing the income of workers in the gig economy, the self-employed and freelancers. That will go a long way to reducing the numbers who feel they have no choice but to travel to work on public transport in the capital and beyond.”

Andy Lord, Managing Director of the London Underground, said:  “We want to continue to run a core Tube service so that NHS staff and other key workers can make essential journeys. Around a third of our own staff are themselves ill or have to self-isolate, so we are simply not able to run a full service.

“Our clear message to Londoners is not to travel. The network is for critical workers only and this has reduced journeys on the Tube by 88 per cent. We have further reduced journeys by construction workers by temporarily stopping all work on TfL and Crossrail construction sites. The majority of people are playing their part and avoiding travel, but more people need to stop travelling immediately to save lives.”

The Mayor of London, Sadiq Khan, said: “I’d like to thank all Londoners who have followed the rules today and stayed at home. TfL’s early-morning data suggests that Tube travel is down by an additional third compared to yesterday and bus travel down by an additional 20 per cent. Tube ridership was already 88 per cent down yesterday compared to the same day last year and bus ridership 76 per cent down.

“However, we still need more Londoners to do the right thing and stay at home. Nearly a third of TfL’s staff are now off sick or self-isolating – including train drivers and crucial control centre staff. Many of them have years of safety-critical training in order to run specific lines – so it is simply not possible to replace them with others.

“TfL will do everything possible to continue safely running a basic service for key workers including our amazing NHS staff, but if the number of TfL staff off sick or self-isolating continues to rise – as we sadly expect it will – we will have no choice but to reduce services further.

“TfL are taking targeted measures to control the flow of passengers at the stations that remain the busiest. This includes reducing the flow at the gate lines with the support of the 500 British Transport Police who are now deployed across the rail network, opening different routes to platforms and turning off down escalators to slow the flow of people to platforms.

“TfL have also emailed 4.5 million passengers telling them not to use public transport unless absolutely necessary, and have increased signage and public announcements at key stations – including translating them into 13 languages.

“It remains the case that too many of the people using TfL services at the busiest times work in construction. I repeat my call on the Government to ban non-safety construction work during this period, as TfL did yesterday. We also urgently need more financial support for the self-employed, freelancers and those in insecure work. In the absence of Government action, we are working with the Construction Leadership Council to try and spread the start times of work on the biggest sites in London.

“Finally, I would like to give my immense personal gratitude to every single member of TfL staff. You are doing our country a great service at this time of national emergency by ensuring our NHS staff and other key workers are able to get to work and save lives. Thank you.”