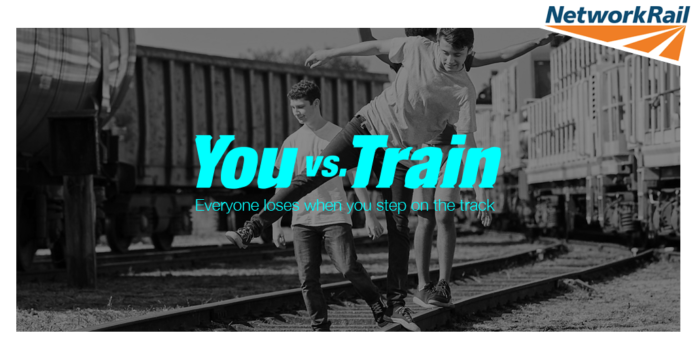 A film that highlights the dangers of rail trespass has won a prestigious award at an international New York festival.

Tegan’s Story won a gold award in the ‘Social Good’ category at the New York Festival of Film and TV which awards prizes in over 50 countries on 22 April.

The film made by Network Rail and The Edge Picture Company tells the story of Tegan Stapleton who was 16-years-old at the time of the incident in July 2018 and was visiting Bournemouth the day after her secondary school prom.

She ran across the tracks at Bournemouth station to get to her friend on the opposite platform and fell onto the live electrical conductor rail which carries 750 volts.

In the film which was made as part of the You Versus Train campaign, Tegan talks candidly about her horrific injuries following the electricity which passed through her left arm, crossed her heart and went through her right arm. She suffered a cardiac arrest, third-degree burns over 10% of her body and her heart stopped beating for seven minutes.

The film also details the quick and decisive action by members of South Western Railway station staff who pulled Tegan away from the tracks and resuscitated her on the platform.

Mark Killick, route director at Network Rail Wessex, said: “I’d like to pay tribute to Tegan for telling her story through this powerful film that highlights the devastating and wide-reaching consequences that trespassing on the railway can have.

“Winning this prestigious award will hopefully result in the film being seen even more widely and prevent others from making the same horrific mistake.”