Vegetation clearance heralds start of work to get Levenmouth reconnected 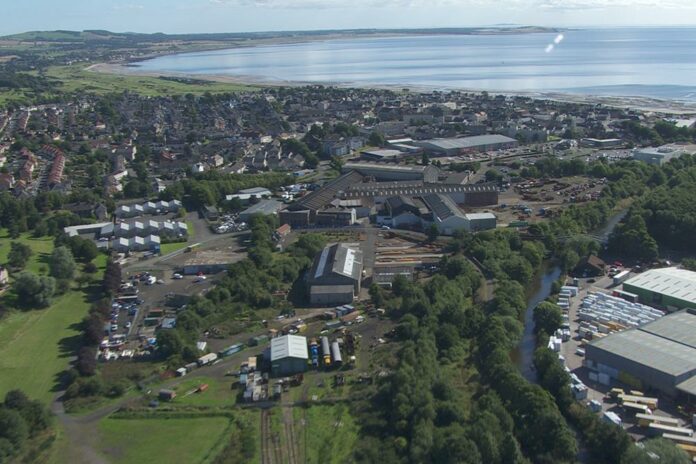 Network Rail will shortly begin the first phase of work which will lead to the reinstatement of passenger services to Leven.

Engineers will be carrying out vegetation clearance and site survey and geological investigations to  inform the development of the project which will see the reinstatement of 19 single track kilometres of railway and two new modern accessible stations for the east of Fife.

As part of the Scottish Government’s rail decarbonisation agenda, the line will also be prepared for future electrification.

Ahead of work starting Network Rail has undertaken all necessary environmental and ecological surveys. Where any species have been identified, appropriate methods of working are in place to safeguard species, roosts and habitats of value.

The equipment which will be used to clear the vegetation will include chainsaws, and chipping machines as well as plant and machinery.

This phase of work will also include surveying, drilling boreholes, sampling ballast and extracting core samples to assess the condition of the ground under the railway. A variety of equipment including  boring rigs, and drills will be used all along the line with work ongoing until early 2021.

Graeme Stewart of Network Rail’s Levenmouth project team said: “Although still at a very early stage, it is fantastic to see work happening literally preparing the ground and to inform the design of the line.

“We have been working on developing a range of options which will define what the project looks like and how it is delivered and, as part of this, we have been meeting with and listening to local groups and organisations in the area.

“The development and delivery of the project will be in discreet phases with the first visible work; removal of vegetation to enable site and geological investigation SI/GI the start of a process which will culminate on the community once again having access to the mainline rail network.

“As well as the promise of better connectivity this scale of investment to improve our transport infrastructure will help to deliver benefits to the economy. It will act as an enabler for growth, provide better access to employment and education opportunities and expanded social and leisure options for people all across the area.”

As well as delivering 19 single track kilometres (STKs) of railway to recreate the link between Leven and the mainline rail network, the project has been tasked with delivering stations at Cameron Bridge and Leven, as well as unlocking the potential for freight traffic in the local area.

Following the Transport Minister’s announcement in August 2019 that the reinstatement of Levenmouth Rail link would proceed, Network Rail has been working on developing a range of options which would deliver the proposed outcomes of the project.

Early engagement has focussed on building links and contacts with statutory bodies and groups active in the community to build beneficial working partnerships and to ascertain key organisations and their requirements that can be accommodated in the planning and construction phases of work.

The reinstatement of Levenmouth Rail Link is a part of wider improvements to Scotland’s railway infrastructure, rolling stock and service provision that will provide a major boost to economic sustainability as well as to its connectivity.

With lack of transport cited as a key indicator of social deprivation, such a significant investment in rail infrastructure has the potential to be genuinely transformational for regeneration of the area. Improving transport links also supports the wider decarbonisation agenda and will help to trigger modal shift from road to rail.

On completion it will deliver substantial social benefits and opportunities for local people – unlocking access to education, culture, entertainment and employment options, as well attracting new business and investment.