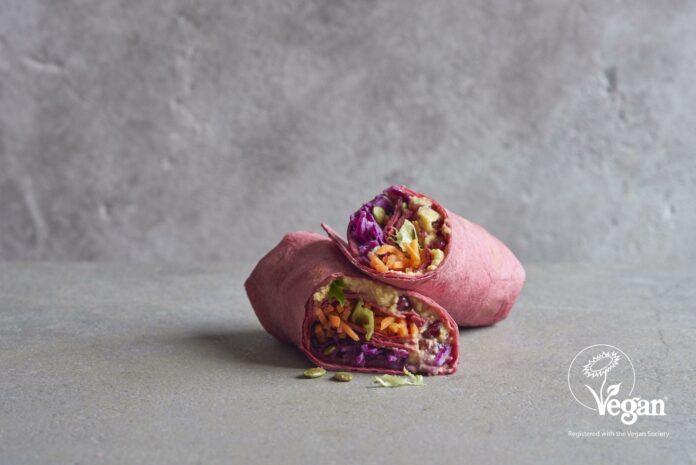 Virgin Trains has launched a new wrap approved by the Vegan Society after forming a partnership with the charity to provide more plant-based food.

The Hummus and pomegranate wrap has gone on sale in Virgin’s onboard shops following a rigorous registration process by the Vegan Society to ensure all its ingredients are free from animal products.

The partnership was formed after Virgin Trains became the first train operator to offer vegan-friendly options on all its menus last December.

The latest addition to its menu comes as Virgin Trains responded to customers who said they wanted to extend “Veganuary” to the rest of 2019 or simply cut down on their meat and dairy intake.

Julie Harper, Virgin Trains’ Food & Beverage Proposition Manager, said she had been overwhelmed by the response to becoming fully vegan-friendly in December.

“The response from our customers has been really positive. Vegans who want reassurance that they’ll be looked after onboard have welcomed this but we’ve also had great feedback from non-vegans. We’re delighted to be working with the Vegan Society and hope to be launching more products officially registered by them through the year.”

Elena Orde, Communications and Campaigns Officer at The Vegan Society, said: “We’ve been campaigning for decent vegan options on trains through our Vegan on the Go campaign and it’s great to see Virgin respond with products that anyone can enjoy. Market trends are showing a rapid growth in plant-based eating, particularly around this time of year when people are following on from their New Year’s resolutions to try a vegan diet as part of Veganuary. We hope that other train companies will follow Virgin’s lead and take notice of the power of the vegan pound.”

More than 250,000 people signed up to Veganuary last month, more than in the previous four years combined, for ethical or health reasons.

Virgin Trains’ partnership with the Vegan Society, the oldest vegan charity in the world, was launched to underscore its commitment to incorporating tasty vegan options into all its menus.

The Hummus and pomegranate wrap was certified with help from Virgin’s sandwich supplier, Street Eats, and is available for £3.90 from its onboard shop.

Northern’s Nick Donovan and Graham Shorter and Journey4’s Jonathan Booth discuss their innovative strategy to drive change for the train operating company It has been...
Read more
Train Operating Companies